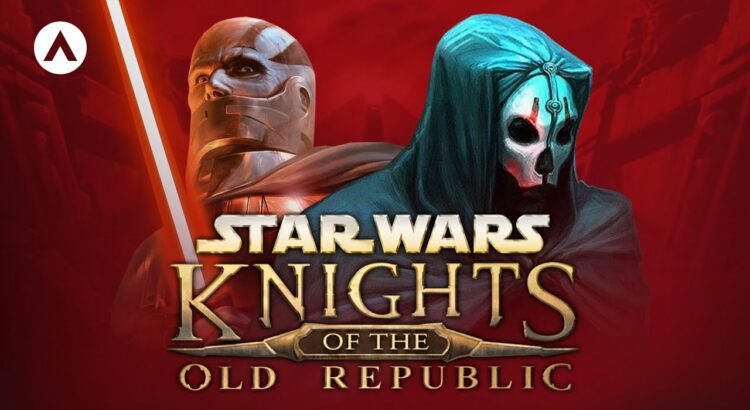 Star Wars: Knights of the Old Republic, or KOTOR, as we called it, is arguably the best Star Wars game ever made. It’s at least in the top five, no matter who you ask. It’s a game that will remain near and dear to our hearts, and some of us feel like we grew up with the game.

For those too young to remember it first-hand, you’ve certainly heard of it if you’ve spent any time around the Star Wars gaming community. It was a Bioware hit and it was the perfect storm of all the best elements in a game, without losing the Star Wars “feel” and energy.

Whether you were a huge fan of the game, or are just hearing about it for the first time now, this video will give you a complete rundown on the history of KOTOR. It’s from GVMERS, so be sure to subscribe to them on YT so you can follow other great videos they create, like this one.

During the early 2000s, Star Wars video games could be found in nearly every genre under the sun. Kart racers, flight simulators, real-time strategy games, and all manner of other titles burst out of LucasArts and its licensees at light speed, bombarding fans with exotic new ways to experience the world of George Lucas’s famed space western.

Some of these titles managed to carve out a place for themselves in players’s hearts. Others were forgotten by the wayside. Only a few, however, went on to stand the test of time as classics, and had a substantial influence on the industry as a whole. Star Wars: Knights of the Old Republic was one of these titles. The masterwork of Canadian developer Bioware, Knights of the Republic sent players on a role-playing themed journey into the space western’s distant past to uncover a dastardly conspiracy. Its wealth of intriguing characters and gameplay scenarios proved immediately popular with fans, as well as provided Star Wars loremasters with prime material to incorporate into future stories. Yet perhaps most importantly, its development enabled Bioware to hone its talent as a master storyteller, and become an industry rockstar.

A direct sequel helmed by Obsidian Entertainment would see release a short while later, as would an MMO from Bioware set three hundred years after the sequel’s events. The former came out less-than-ideal due to the rushed timeline in which it was crafted, while the latter – for better and for worse – offered a very different experience than either title before it. But in the end, these grievances would do little to dampen its popularity or legitimacy within the Star Wars universe – even after its events were declared non-canon.

This is the history of Star Wars: Knights of the Old Republic.

See it for yourself:

It’s just under 20 minutes long, so grab a snack or some lunch and give it a go. Even if you thought you already knew everything about KOTOR, you might learn a new tidbit or two. I did!