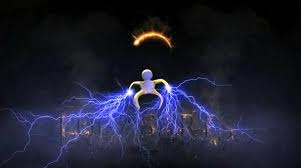 In a press release by GamaSutra, it was announces that LucasArts signs a multi-year, studio-wide Unreal Engine 3 Licensing Agreement from Epic Games.

LucasArts and Epic Games, Inc. announce a long-term, studio-wide agreement for LucasArts to develop multiple projects using Epic Games’ award-winning Unreal Engine 3 for the engine’s supported platforms.
“”Unreal Engine 3 is a forward-looking solution that shortens the path between inspiration and execution on a wide variety of gaming platforms,” said Zak Phelps, director of technology at LucasArts. “We are thrilled to add another exceptional tool to our technology mix.”
“”LucasArts is now primed to capitalize on Unreal Engine 3’s ability to scale across platforms, from mobile, through PC and console all the way up to the next generation of games,” said Mark Rein, vice president of Epic Games. “”We can’t wait to see what happens when LucasArts combines their talented workforce and amazing intellectual properties with Unreal Engine 3.””

There is no word yet on which games will use the engine and the press release cites “multiple projects”. Rumors of a sequel to the 2005 LucasArts’ Star Wars Repubic Commando tactical shooter are resurfacing but it’s anybody’s guess what it will really be used for.

LucasArts also said the license would give them new opportunities to build Unreal-powered content on mobile, PC and consoles. One thing the new deal does show us is a shift in focus for LucasArts, at least on the behind-the-scenes techie side of the house. LucasArts’ Force Unleashed series was built around an internal engine that took quite some time and effort to design but now Epic’s engine will take priority.

Maybe this means LucasArts can spend less time worrying about the engine they use and more time just developing awesome games for us! We’re excited about what the future holds from this new business deal. Could this mean Star Wars on our iPhones soon?