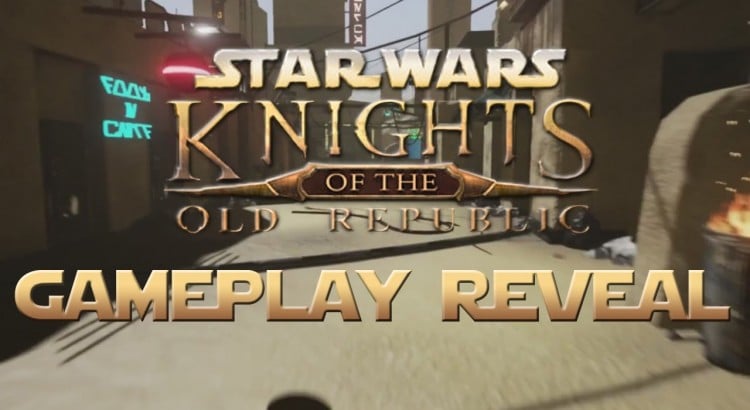 If you have not seen it already, here is the first ever gameplay footage of Star Wars: Knights of the Old Republic Unreal Engine 4 remake by Apeiron. One thing I really like that he also points out in the video is that it’s from a first person view. I love first person in games like this and I’m very glad they went in that direction with it. They did say it will also be 3rd person so for those who don’t like the first-person view, you’re good too. They do a great job at staying true to the original and it looks like a solid game so far, while of course it’s still in a very alpha development stage.

I think from the looks of this very first gameplay footage, it looks very promising. Upper City Taris and Tatooine look great. In the footage, you can even see the ships flying overhead in Upper City Taris. While it’s technically a game mod, it would make a very, very good game itself so here’s hoping for more good stuff to come.

Here it is from MrMattyPlays:

So what do you think? It’s not just KOTOR reskinned (although they wouldn’t be able to get away with that anyway) but it’s actually their own interpretation of a beloved game. So now that we’ve seen some actual game play footage, are you looking forward to this as well?