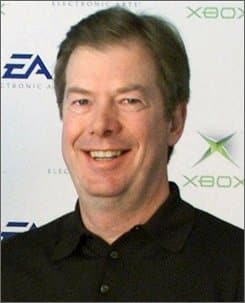 CEO John Riccitiello recently resigned from Electronic Arts but executive chairman Larry Probst is reportedly taking the reins until a suitable replacement is found. But his temporary position of two roles will not come cheap- As reported by GameSpot, an EA filing with the Securities and Exchange Commission last week revealed that Probst will be paid an annualized salary of $1.03 million for the duration of the search for a new CEO.

In addition to the seven-figure salary, Probst stands to earn an additional one-time bonus for his work from the Board of Directors for his temporary stint as executive chairman of the company. Of course, Probst will be abstaining from any discussion the board has on that particular topic since it would be a conflict of interest. He is also foregoing his board of directors cash retainer fees (which were $100,000 for the company’s fiscal 2012) for the duration of his term as executive chairman.

Despite that, it’s safe to say he’s being paid well for his time as temporary CEO while EA looks for someone new to take the place of Riccitiello.

Probst has been involved with EA since 1984, serving as CEO from 1991 until 2007, when he turned the reins over to Riccitiello. He has been chairman of the board at EA since 1994 so it makes sense that he would fill in the role while they look for a new CEO.

Will any of this affect SWTOR and the future updates to the game? Honestly, there is very little reason to worry that this will affect BioWare and SWTOR in any way, at least for the interim. EA wants to make money and SWTOR on a F2P model means money for the company, especially after many investors banked on the game for all this time.

However, a new CEO who wants to introduce new rules and new payment models could potentially be a threat to SWTOR if it’s not continuing to pull its weight on the financial side of things but at this time, there is no reason to worry about the new CEO or the acting CEO-Probst affecting SWTOR directly at this time.

Do you have any opinions on who the new EA CEO should be?