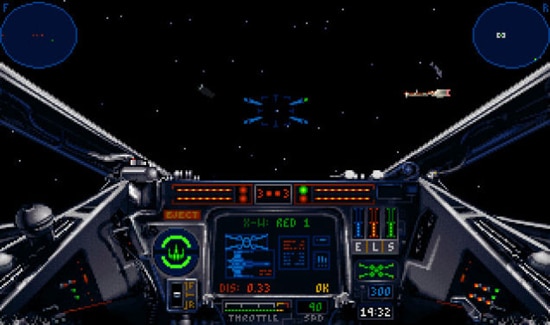 For those of us who are of a certain age, there  was a period where using your computer required using MS Dos, floppy disks and in some cases dial-up modems. Gaming in that period introduced us to some legendary Star Wars titles from Lucasarts such as X-Wing and Tie-Fighter – two amazing space combat simulators that are still being talked about today. While many DOS emulators exist, one of their main drawbacks is that they’re not very intuitive and difficult to use. At the same time though since most of these games run on either 5¼-inch or 3½-inch floppy disks (remember those?), few people have held on to their games from 20 years ago.

A screenshot from X-Wing in a all its Super VGA glory!

Good Old Games (GOG) decided to address these issues by re-releasing both X-Wing and Tie Fighter as downloadable content for $10 each. The former also includes the Imperial Pursuit and B-Wing expansions as part of the download. While the release date hasn’t been defined yet , expect it to be fairly soon.