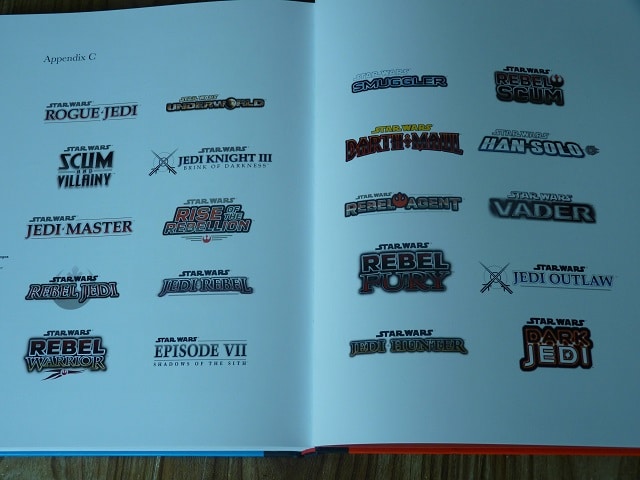 There are some interesting titles on the list. You will find a tie-in for Episode VII subtitled Shadows of the Sith and even a third Jedi Knight title which a lot of fans say they really wanted to see. It looks like maybe they expected to continue the Star Wars movie serious via games until the Disney contract came through.

Now just because these 20 titles are written as “cancelled” by LucasArts, that doesn’t mean that these concepts will never become games at some time in the future. Which on the list would you most want to see?

In 1982, George Lucas saw potential in the fledgling videogame industry and created his own interactive-entertainment company. Twenty-five years and dozens of award-winning games later, LucasArts has earned a prestigious place in the industry and in the hearts of gamers everywhere. Rogue Leaders is the first substantive survey of a videogame companya deluxe compilation that traces its history through never-before-published interviews. In addition, more than 300 pieces of concept art, character development sketches, and storyboards have been lavishly reproduced to showcase the creative talent behind such videogame classics as The Secret of Monkey Island, Grim Fandango, and Star Wars: Knights of the Old Republic, as well as games that were never publicly released. A thrill for millions of videogame and LucasArts fans around the world.