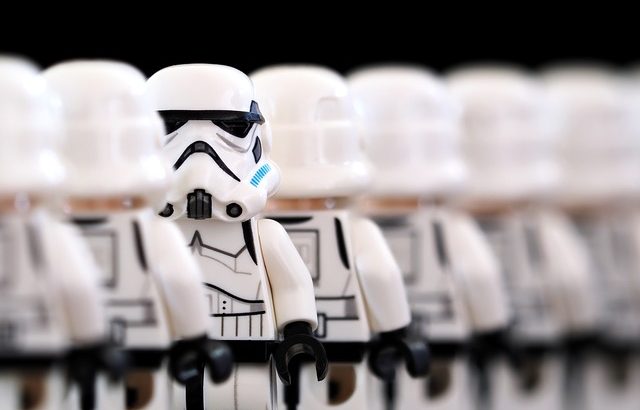 Star Wars is definitely one of the most popular franchises and it continues to produce blockbuster movies that drag crowds to cinemas. Besides that, is also a matter of discussion within the geek community and a massive appeal for cosplayers. Even in the not so nerdy world of sports, fans have customized helmets for teams from NFL playoff favorites.

Anyway, what brings us to this article is the hidden secrets of the franchise. Do you think you know everything about Star Wars?

In January 1975, a guy named George Lucas was working on the second draft of an epic sci-fi opera named “Adventures of the Starkiller: Episode One: The Star Wars”. One of the many problems the screenwriter found during his work was the lack of female characters.

This work of him would eventually become Star Wars: A New Hope and Luke Skywalker was nearly an 18-year-old girl as George Lucas rewrote his story’s main character. This gender swap relies on the proof of a drawing of an artist named Ralph McQuarrie. A few months later Lucas’ next chapter made Skywalker a boy again.

The wise Master Yoda was almost a real monkey in a green mask wearing a cane. How would that be for the center of the Jedi order? Luckily, a monkey would make the films harder as it would take the mask out over and over again.

After, the team of the movie producing enlisted the Muppet master-crafter Jim Henson to bring the real Yoda to life. Besides this, Lucas wanted to call Yoda Buffy. By the end, all was like it always was for the outside world.

The original ending of The Return of the Jedi has Luke assuming Darth Vader’s role as evil Galactic enforcer and Han Solo heroically dying in a raid on the Death Star. Luckily, [spoilers alert], we had to wait another few years for that to happen.

In a way of speaking. When Emperor Palpatine appears as a hologram in The Empire Strikes Back, the person under the black blanket and facial prosthetics is not Ian McDiarmid, who played Palpatine on screen in the Return of The Jedi. It’s not a man at all.

The first Emperor we see is actually Elaine Baker, then-wife of Star Wars makeup designer Rick Baker. Rick Baker once donned the monkey suit in the 1976 King Kong remake, so it is possible to say that technically the Emperor Palpatine and King Kong were legally wed. Hopefully, the images of their children didn’t come to life.

The famous floating text that opens a New Hope was one of the greatest effect’s achievements in the film. The text was filmed “by carefully placing the 2-foot-wide die-cut yellow letters over the 6-foot-long black paper background with a camera making a slow pass over them to mimic the crawl.”

Seemingly, the smell was so bad that Mark Hamill ruptured a blood vessel from trying to hold his breath, and the camera angle had to be adjusted for the rest of the scene not to show his injury.

The on-screen body of the legendary Darth Vader is six-foot-five bodybuilder David Prowse. The stunt double is Bob Anderson, the voice is Earl Jones and the de-helmeted face of Vader in Return of the Jedi is Sebastian Shaw. Four people that make one legendary character.

If Darth Vader was already a big collective group, Jabba the Hutt breaks the record with seven men. One of the most expensive puppets in the world, ranked as 500,000 dollars, it required seven people to bring it to life.

Three puppeteers on the inside, a person in the tail, one radio controller for the eyes, someone under the stage to blow cigar smoke up a tube and another working bellow for the lungs.

Surely, Darth Vader has one of the most memorable sounds in the cinema industry. The responsible for it is Ben Burtt and his genius idea of putting a microphone inside a scuba tank regulator to record Vader’s breath.