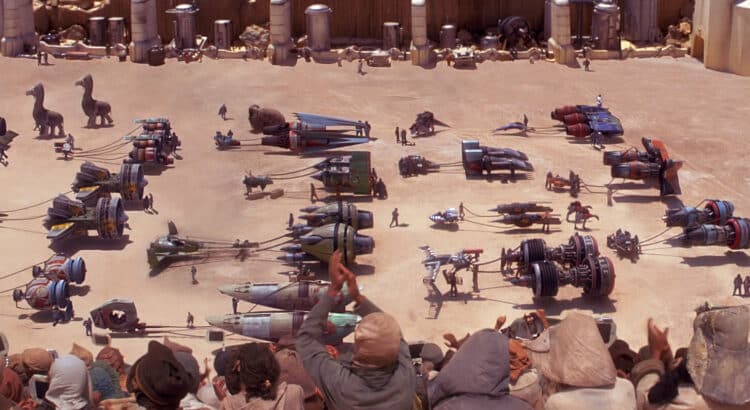 Now, don’t go around calling fans of Star Wars a bunch of home-body nerds! Because that isn’t the case. Not to everyone, at least.

The world building within the Star Wars franchise is made even better with the existence of podracing. Yes, you heard that right, podracing. This sport has the means to sell out every other national sport out there, who wants to watch the NBA when you have flying pods racing over the fields? Surely you can see the more dramatic and fun sport. Although betting on Star Wars sports events is a bit unrealistic (is it even legal on those planets?!), West Virginia sure does have some of the best betting options to take advantage of.

Podracing – what’s it all about?

Needless to say, fans will riot over the chance to ride a pod, much less see a race in real life. Alas, the evolution of our technology hasn’t evolved to the height seen in the movies as of yet. Disappointing, yes, but with the accidents seen throughout any race track, maybe it’s for the better.

It goes like this; In a galaxy far  away, a bunch of outlaws are scraping up as much money as they can by signing themselves up to a number of dangerous sports for exotic and monetary prizes. Podracing first came out in Episode I: The Phantom Menace, when the young Anakin Skywalker raced a bunch of older and more experienced individuals- and won! Of course, nothing less from our very own notorious Darth Vader.

Though, there is actually a very well-thought-out history over how podracing came to be. It all started with the alien race Hanno Speeders, where they began conducting the sport from carts. It wasn’t until Phoebos’ Podracer was released did repulsorlift pods come into play with flaming jet engines. And yes, this made the race much more exciting as people began zooming around using their newly improved carts. Humans weren’t exactly known for partaking in such a dangerous sport, with pods running for over 800 km/h, it’s a wonder (or a miracle, more likely talent) did Anakin wind up both winning and surviving his races.

The height of podracing’s popularity came before Clone Wars started, with planets all over the galaxy hosting and taking part in related events. Different kinds of podracing were broadcasted in the universe, much like how we would broadcast our favorite game shows in the afternoon. Though, much like other sports, betting sites slowly began expanding throughout the galaxy, popularizing matches even more. Venues were created to host races, with some of them able to encompass over a hundred thousand visitors.  With the speed of the pods, spectators’ breaths are blown away at the blasting speeds the vehicles go through. It’s so fast, that Anakin was even the first-ever human to win a certified race! Not bad for what was such a young kid.

It’s safe to say that regardless of where you are in the entire universe, people would always end up finding a way to entertain themselves. And yes, we mean races.