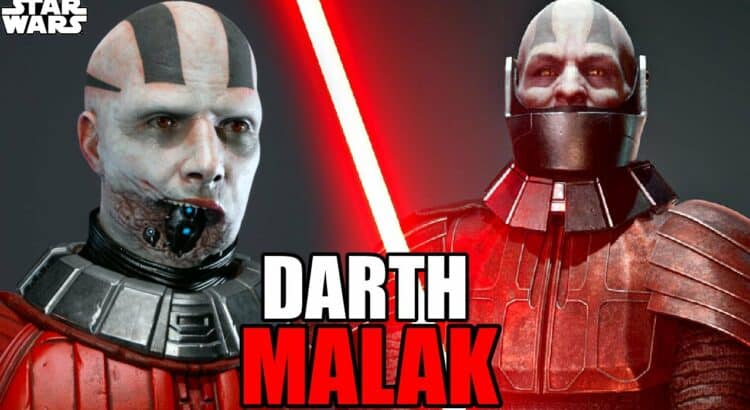 Darth Malak is a character from the Star Wars franchise, specifically the video game Star Wars: Knights of the Old Republic. Within the game, he is portrayed as a Sith Lord and the main antagonist. Despite not being as well-known as other Star Wars villains such as Darth Vader or Emperor Palpatine, Darth Malak is actually a formidable and powerful character who is often underestimated.

One of the key reasons why Darth Malak is so powerful is due to his mastery of the dark side of the force. As a Sith Lord, Malak was trained in the ways of the dark side and became highly proficient in its use. He was able to harness the power of the force to enhance his physical abilities, including strength, speed, and agility. He was also skilled in the use of force lightning, a deadly force power that allows the user to generate and control electrical energy.

In addition to his physical abilities, Darth Malak was also highly intelligent and strategic. He was able to come up with complex plans and schemes to achieve his goals, and was not afraid to use underhanded tactics and manipulation to get what he wanted. This, combined with his formidable force powers, made him a formidable opponent for anyone who stood in his way.

One of the key moments that showcases Darth Malak’s power is when he duels the protagonist of the game, the Jedi Knight Revan. Despite being outnumbered and outmatched, Malak is able to hold his own against Revan and even gains the upper hand at several points in the battle. This is a testament to his skill and power as a Sith Lord.

Another aspect of Darth Malak’s power is his ability to lead and command others. As the leader of the Sith Empire, he had a large number of followers and troops at his disposal, and was able to effectively use them to achieve his goals. He was also able to manipulate and control others, including his own Sith apprentices, in order to further his own ambitions.

One of the most impressive feats of Darth Malak’s power is when he destroys the planet Taris. In an effort to eliminate Revan and the other Jedi, Malak orders the planet to be bombarded from orbit, completely destroying it and killing millions of people in the process. This act of mass murder is a clear demonstration of his willingness to use extreme measures to achieve his goals, and his complete lack of concern for the lives of others.

Overall, Darth Malak is a powerful and formidable character who is often underestimated due to his relative obscurity in the Star Wars franchise. His mastery of the dark side of the force, his intelligence and strategic planning, and his ability to lead and command others all contribute to his power and make him a formidable opponent. While he may not be as well-known as some of the other Star Wars villains, Darth Malak is definitely a force to be reckoned with.