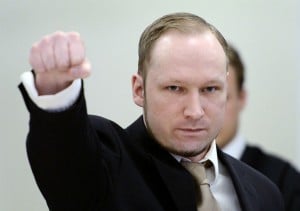 We’ve probably all heard the stories of horrible things happening to gamers or to the loved ones of gamers- a kid who binged for so long he died at his computer playing his favorite game or maybe the mother who neglected her children and forgets to feed her baby because she is so consumed with a video game. Of all the games that get a bad rap, MMORPGs often rank near the top.

I’ve always believed this is due to the nature of the game and not the genre itself. MMORPGs require a certain amount of time and energy investment. Non-gamers have a hard time understanding how someone could want to sit there for hours running around an imaginary world with the avatars of other people. But for those of us who play, it’s more than just a game.

The communities that form around an MMORPG are like little subcultures. Many players get to know one another very well. They talk, share stories and life experiences, learn and grow together and often bring in other family members or loved ones. Now what would happen if you were to find out that guy you raid with was arrested for being a serial murderer?

That’s how friends of Anders Behring Breivik, known in World of Warcraft as Andersnordic must have felt when the Norwegian was arrested and admitted to killing 77 people. It’s true that you never truly know who is on the other side of the keyboard and the tragedy of this mass-murderer has incited yet another trend- people (especially the media) blaming a game for a person doing something crazy.

Kotaku tells of how he played the game non-stop and we are told of how this game consumed him and he played for more than 16 hours a day.

Mr. Breivik said he had taken the year beginning in December 2006 as a “sabbatical,” during which he spent 16 hours a day playing the video game World of Warcraft.

“I know it is important to you and the media that I played this for a year,” he told the court in response to Mr. Holden’s questions. “But it has nothing to do with July 22. It is not a world you are engulfed by. It is quite simply a hobby.”

In the wake of the killings and the trial that would come after where he discussed his life leading up to the murders, there would be talk of the video games he played. In addition to WoW, he played Modern Warfare 2, Dragon Age: Origins and probably others at times. Reporters would latch on to this mention of video games and proclaim that he used them as training for the mass murders. But can a video game really train a person for murder?

The Guardian had something to say about this:

But it’s difficult to imagine World of Warcraft could “train” a person for any acts of violence, other than perhaps suggesting that murdering swamp rats is an effective way to pay for some fur-lined boots. More importantly, for many of its 10 million monthly subscribers, it’s an experience that creates community, provides the lonely with a virtual family and promotes teamwork and competition. Modern Warfare 2, while a game thematically more analogous to real-life shooting, is as mainstream as a Michael Bay summer blockbuster, selling more than 10m copies in the US alone. In both cases, as with poker or golf, the games allow humans to play, compete and make social connections. They may improve hand-to-eye co-ordination, and in this sense could be used to “train” one for murder, but no more than an obsession with clay pigeon shooting might.

This article is spot-on and it’s well worth the read if you have not already and are not familiar with the case. The short of it is this- video games don’t make people kill people. How many murderers do we have in the world who are not gamers?

How many gamers play 10-12+ hours a day, or even play to the point of addiction but have never hurt anyone, much less become a mass-murderer?

If Breivik was set to do this, he would have done it whether or not he played video games. The only thing that his game addiction suggests is that in the months leading up to the murders, he may have been falling into an unhealthy frame of mind and chose to seclude himself from the outside “real world” and remain confident in a virtual reality where he could be anything he wanted to be.

The constant gaming was a symptom- not a cause. Healthy gamers do not develop video game addictions. They are able to separate and prioritize, choosing when it is ok to play and when they should stop and balance their life and activities.

Why is it so many people are quick to blame video games with these things happen? Is it that they need a scapegoat and the games hit the mark so easily or is it that they truly do not understand games and they honestly believe that they somehow breed these types of psychotic behaviors?