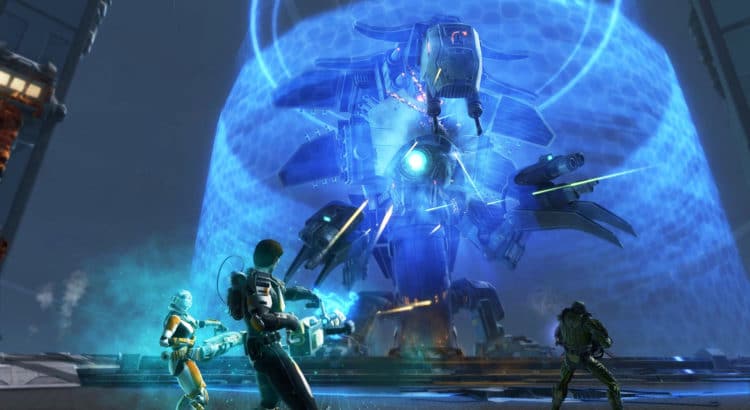 BioWare is teasing the next raid boos in SWTOR! 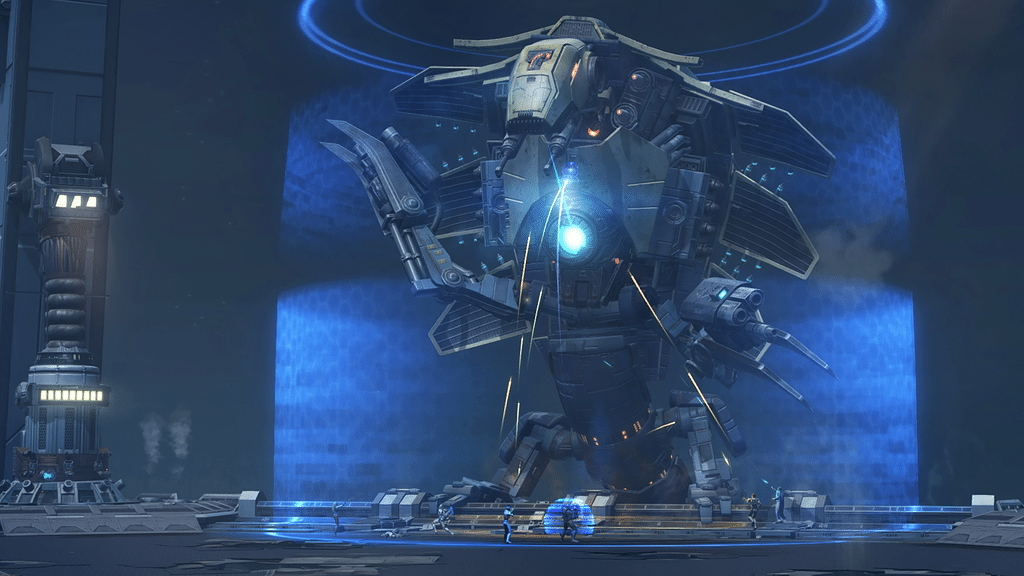 Both there offical Facebook page and on twitter they have boon posting these two images of the new Operation Boss – Izax – who is the final addition to Gods from the Machine! 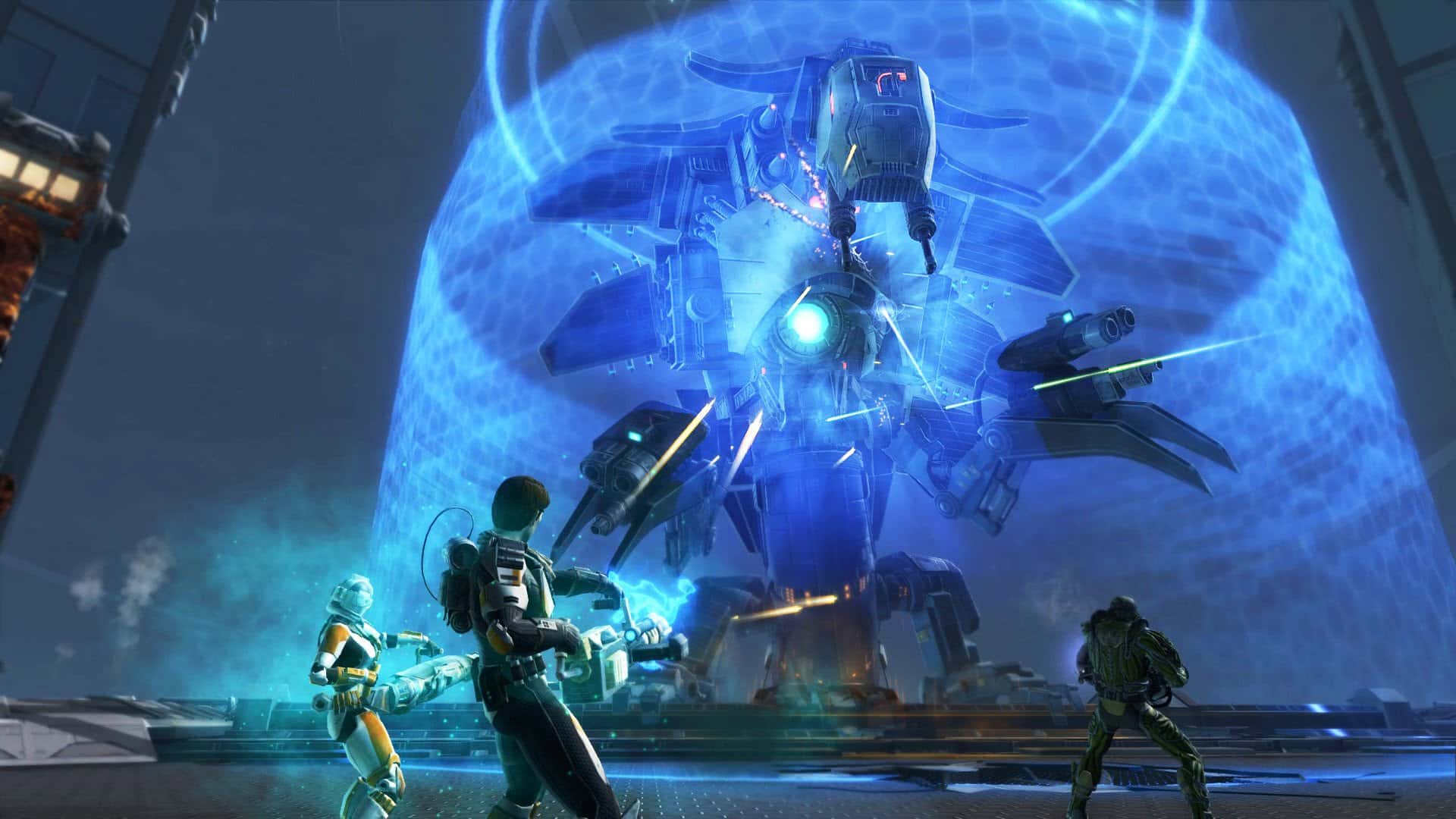 Here is what we know:

Little is known about the six titan droids that lie in hibernation on Iokath. These superweapons were created millennia ago by the planet’s architects, likely designed to pacify, subjugate, and destroy entire civilizations. Salvaged records indicate these machines operate as a sentient family unit of “god kin.” They are:

During early weapon testing, Iokath unleashed the Six Gods on various unsuspecting planets. Trillions of lives were lost. The people of Zakuul were among the targeted victims, and the survivors eventually mythologized their would-be destroyers as a pantheon of merciless gods. Centuries later, these machine gods are still worshipped on Zakuul.

When civil war broke out on Iokath, one faction did the unthinkable and turned the Six Gods against their rival brethren. The resulting cataclysm wiped out all life on the planet and exterminated the Iokath species. These titans were their greatest achievement–and the engines of their ultimate destruction. Now, after a millennia-long slumber, the droids are about to reawaken.