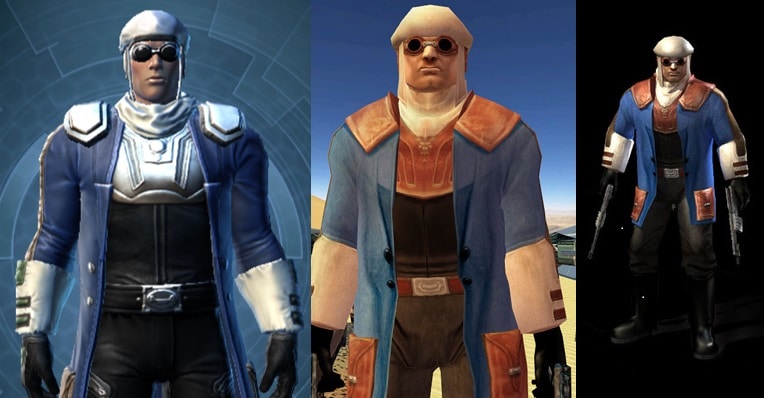 If you’re interested in of KotOR I and KotOR II armor in SWTOR, then here is a post you do not want to miss.

User LtGeneralGezlin on the official SWTOR forums has done a lot of heavy work for us and compiled a HUGE list of armors in game and armors coming soon or not yet available. You can check it out in full here but we’re going to cover snippets of it today.

This guide is huge and ongoing and has been updated since last year so rather than compete and try to create our own, we want to link you to the one that is already done and done well.

Here’s a snippet of it:

#4 Darth Revan’s armor set (Say what you may about it, but it is a KotOR armor regardless.)

#4 Opulent Triumvirate Armor Set (Yeah, it may be a reskin on the Bounty Supply rep vendor, but I added it here anyways.

It goes on to tell coming soon and items that players want but that are not yet in the game. The thread is huge, as we said, and is updated regularly. There are tons of great images for nearly every armor set as well so you can see for yourself what they look like.

So head on over and check out all the hard work. Bookmark it, refer to it and remember to say thank  you!