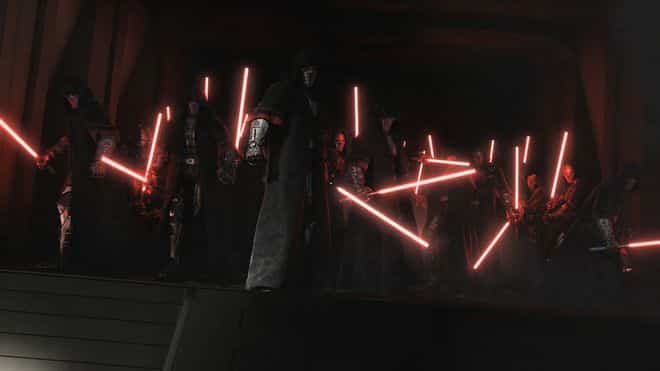 Star Wars lore and The Force is something that has been written, discussed, debated and analyzed since the first film’s debut. One topic of the Star Wars story that has been questioned and debated over the years is that of the Force and Light and Dark side. In this video, we can explore the question “Can the Dark Side of the Force be used for the greater good?”

Some will argue that the Dark Side itself is inherently evil and that simply by choosing to act on the Dark, you cannot do good, and that you will become evil. The same is said of the Light Side and good. But if we really break down the story, we see that even the Light Side sometimes questions their goodness or makes choices that could be considered “evil”. Maybe it is not really as black and white as we’d like to think.

Perhaps it’s more like the Yin and Yang philosophy and there is some good in the Dark and some evil in the Light. Regardless of how you previously looked at this situation, you should check out the video and even read the comments from the creator and see if it changes how you look at things in the Star Wars Universe.

Somebody asked a few good questions that have to do with some upcoming projects of mine. So here’s a video I scrambled to make last night while taking a break from other work.