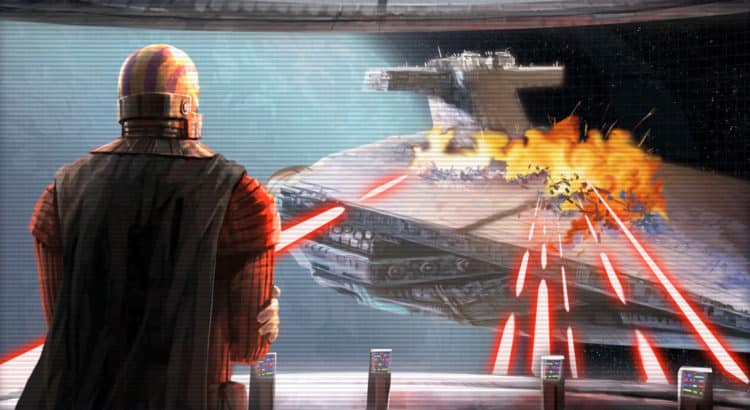 “You made a mistake coming here, Revan. The Star Forge fuels my command of the dark side. You are no match for me here. And this time you will not escape!“―Darth Malak, to Revan

Are you looking to learn more about Darth Malak? Learning the origin stories is a lot of fun for fans and we really love the Star Wars Story series of videos from The Scoundrel’s Cantina for this very reason. Malak, born Alek, was a human male who reigned as a Dark Lord during the Jedi Civil war. Before he was a Sith Lord, however, he was born on the planet Quelii in the Outer Rim Territories. But Mandalorians attacked his homeland and he escaped to the Galactic Republic. He was first trained by the Jedi Order but his story would take a turn to the Dark Side. This video will give you all the basics you need to know and then some about Darth Malak, and even some mentions of his partner-in-crime Revan as well.

See the video below to learn more about Darth Malak, his story, and much more. It’s definitely informative and entertaining. We hope you enjoy it as much as we did.

“When they left after the Mandalorian Wars ended, they were Jedi. When they returned… they were something else.”―Carth Onasi, regarding Revan and Malak

There you have it! It’s a great video that tells a wonderful story about one of the best-known Darths. What did you think?