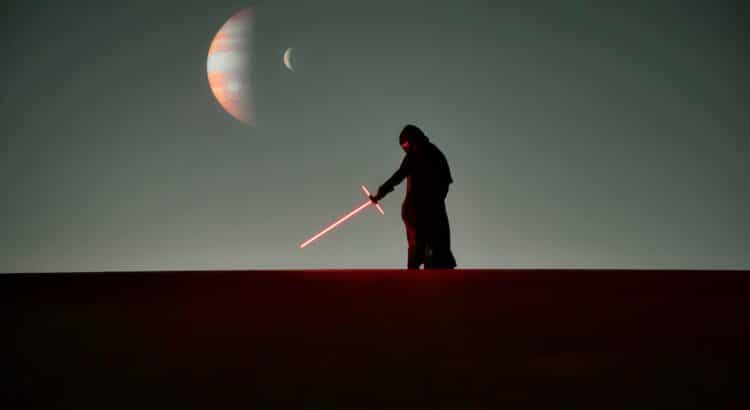 The Star Wars franchise has captivated gamers for decades. At this point, there are over a hundred Star Wars games to choose from, many of which are considered classics at this point. Star Wars mobile games have been a bit of a hit and miss, but some of the more recent releases on other platforms have received high praise from critics and gamers alike.

From space-themed slots and virtual pinball to action RPGs and space combat sims, the latest Star Wars games provide a wide variety of space fantasy experiences. If you want to know which of those games have been rated far higher than the rest, take a look at the six most popular, universally praised Star Wars games of the last decade.

Despite middling reviews upon its release, Star Wars Battlefront 2 eventually turned out to be a really good game, after months of patches and free content updates. It still has a few issues, which is why it’s the first entry in our rankings.

Battlefront 2 was released in 2017. Several bugs and the inclusion of microtransactions led to mixed reviews across the board, and the publisher, Electronic Arts, decided to make some drastic changes to the core gameplay loop.

Fortunately, the changes that were made vastly improved the overall experience, and the game is now a worthy addition to any Star Wars games library. It’s the best large-scale multiplayer Star Wars game available, and we can say with confidence that it’s finally worth its asking price.

Star Wars: The Old Republic is a massive multiplayer online role playing game (MMORPG) that was released in 2012. The latest expansion, Legacy of the Sith, came out in July of last year, in celebration of the game’s 10th anniversary.

Although the base game is quite dated at this point, The Old Republic has received consistent updates and multiple expansions since it was released. Legacy of the Sith is the latest of eight major expansion packs, and the game’s publisher, Electronic Arts, plans to continue building the game’s universe for the foreseeable future.

In The Old Republic, players can create a custom character that goes through a unique journey in the Star Wars universe. There are eight different classes to choose from, a fully voiced campaign, co-op dungeons, and everything else an MMO fan could want from a Star Wars game.

Photo by Michael Marais on Unsplash

Re-released for the Nintendo Switch and Playstation 4 in 2020, Star Wars Jedi Knight: Jedi Academy is another older Star Wars game that has withstood the test of time. The original game came out all the way back in 2003, but it’s amazing what a fresh coat of paint can do for a 20-year-old game.

The 2020 version of Jedi Knight: Jedi Academy has updated controls and working multiplayer, with sharper visuals and remastered audio. The only things that haven’t received an update are the combat and the story, which was a wise decision seeing as those were the strongest elements of the 2003 release.

If you’re interested in a Star Wars game that features all three of the Star Wars trilogy films, LEGO Star Wars: The Skywalker Saga is the only option there is. Luckily, the game is an absolute blast to play thanks to its humor and combat.

LEGO Star Wars games typically receive high praise, so it’s good to know that the Skywalker Saga continues that trend and manages to achieve technical excellence simultaneously. To put it simply, this is one of the best-looking games of this generation.

The characters and environments are photorealistic, each and every graphical detail has been crafted meticulously, and there’s enough content in The Skywalker Saga to keep you playing for hours.

Developed by Motive Studios, Star Wars: Squadrons was released at the end of 2020. It’s a space combat game that gives players the opportunity to pilot multiple iconic starfighters from the Star Wars universe, such as the Galactic Empire’s TIE Fighter and the New Republic’s X-Wing.

The game has a captivating single-player campaign and two multiplayer modes: Dogfight and Fleet Battles, both of which support two teams of 10 players. Starfighters are controlled from a first-person perspective, making the combat a deeply immersive experience.

Squadrons is an engrossing experience that consistently delights the player, thanks to tremendous visuals and an intuitive control scheme. The VR version takes the gameplay to another level, making you feel like you’re right there in the moment.

After its release in 2019, it didn’t take long for Star Wars Jedi: Fallen Order to become a commercial success. Through word-of-mouth and favorable reviews, the game sold more than ten million copies in less than a year, making it the most successful Star Wars game ever made.

Fallen Order is a third-person action game with light RPG elements. Players take on the role of Cal Cestus, a former Jedi Padawan who is being hunted across the galaxy by the Imperial Inquisition of the Galactic Empire.

As a self-contained space opera with all the best elements of the beloved films, Fallen Order executes its ideas with near-flawless precision.  From the combat and exploration to the story and characters, every aspect of this game has been lovingly crafted to bring the ultimate gaming experience to Star Wars fans.