The latest issue of PC Gamer has a 4 page writeup on Star Wars: The old republic. The article takes up and angle on how the game will change the MMORPG genre for ever – some for good and some for the bad.

The article also shows 2 new screenshots I don’t believe have been published before.

– First one is a screeny of what appears to be an Imperial Agent dual-weilding some sort of daggers and sneaking up on a Cathar (NPC?) from behind.

– The second one is a group of 3 Republic characters... a human Smuggler Gunslinger, a human Trooper and a Mirialan Jedi Knight. The Trooper has no helmet on, is huge, and carrying a huge weapon. In front of a Republic base on… maybe Belsavis?

There is nothing new revealed in the article apart from the new screens – well maby a dual-weilding melee Imperial Agent?

Check out the pictures below: 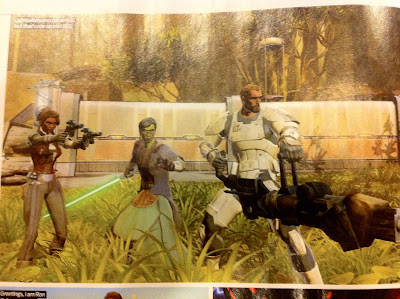 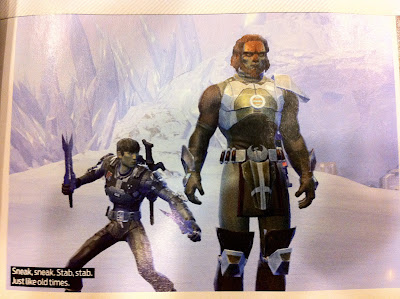