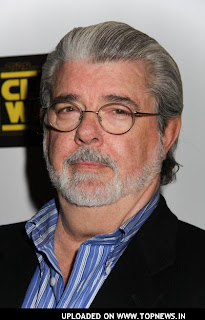 Stories emerged yesterday morning about George Lucas that had Star War fans buzzing with excitement and a little confusion. According to Inside TV, the stories made a bold statement saying that Lucas shot 50 complete episodes of a live-action series for TV about Star Wars! That in itself may not be that hard to believe but what’s so amazing about this story is that if it were true, he had to gathered together the cast members and shoot this series, all 50 episodes, without anyone learning anything about it until after they were all completed.

Now, that would be an amazing feat to accomplish. Lucas is known for operating and doing things in private at his “Skywalker Ranch” but this story seemed to be very far-fetched even for him. That’s a lot of episodes to put together without anyone noticing. It was also said that this TV series was packed away somewhere in a closet or something for now. The reason for this is because he’s waiting for some new type of technology to be introduced before finishing them, which also seemed very odd.

Therefore, if he doesn’t have 50 episodes stashed away in his closet, why was this story posted all over the Internet? A spokesperson from Lucasfilm cleared it all up. As it turns out, all of this excitement was based on a simple misunderstanding. The original information concerning this matter was misquoted.

What was actually said was that Lucas has 50 scripts completed and the new technology that he is waiting for, is actually something that will make it more economical to shoot the shows than what is available today. George Lucas does not have 50 episodes of a Star Wars TV show tucked away somewhere.