He’s not a Jedi and the Mandalorians are invading — and with his homeworld of Phaeda under threat, Zayne’s luck holds true. He gets drafted!”

“It really is a true jumping-on point. If you haven’t read any KOTOR comics at all — or if you’re a regular who’s read everything — you’ll find a lot to like. (Don’t forget, there are nine KOTOR trade collections still in print — and many are available from Dark Horse digitally.) Art is from Italian artist Andrea Mutti, who drew Rage for Dark Horse. Much of the rest of the team returns, including editor Dave Marshall, colorist Michael Atiyeh, and letterer Michael Heisler.”

This is exciting news for Star Wars lore and comic fans. I’m going to have my copy reserved at my local comic shop so I get it as soon as it is out. 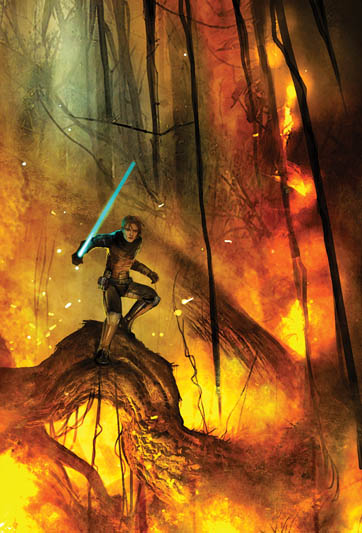