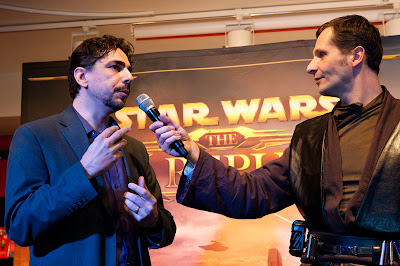 If you were not in Paris for the SWTOR launch party, you can at least feel a little bit like you were by checking out these awesome photos from the launch party. There were droids and storm troopers and guest speakers and more!

See all of the photos here.