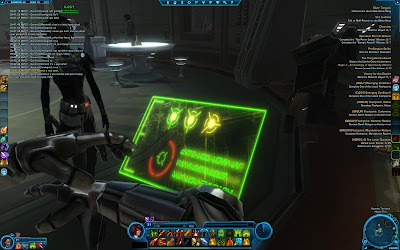 Are you having a hard time deciding between PVP specs for your Marauder? Perhaps your guild is wiping on bosses like Bonethrasher, G4-B3 Heavy Fabricator or Annihilation Droid XRR-3? Well then you’ll want to check out these video guides.

Marauder PVP Guide (Rage spec):
This guide covers the rage spec for the Marauder, be sure to check the annotation if you want to look at the Annihilation spec instead.
Annihilation Droid XRR-3 Guide (Hardmode):
This is the first boss in the Eternity Vault Operation. The guide covers both the normal and hardmode versions.
Bonethrasher Guide:
This is the first boss found in the Karragar’s Palace Operation. Since the video was made they have now fixed the bug where he attacks you as soon as you enter the room, which used to cause a lot of issues. His knock back has also been reduced a bit.
I hope these guides are of help to some of you, let us know if there is anything you’d like to see a guide on in the comments below.
0
SHARES
ShareTweet