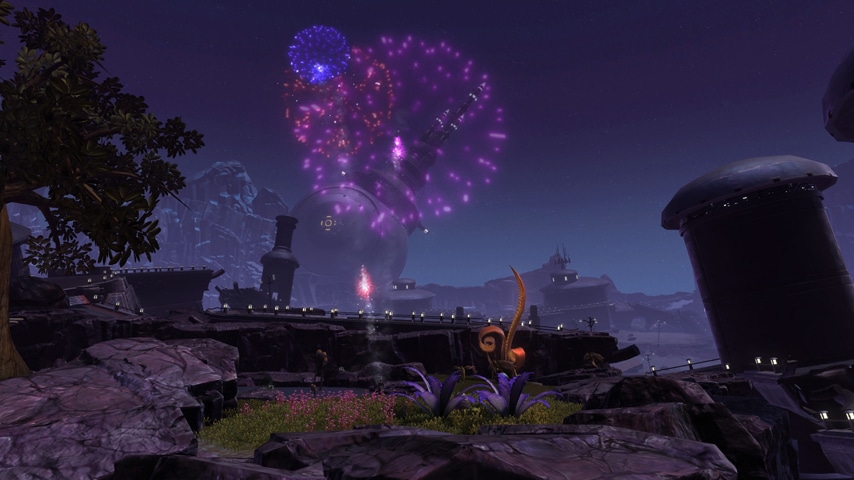 To celebrate SWTOR’s first birthday anniversary, all players will get 25 complementary of faction specific fireworks over the game’s in-game mail system. This will happen on December 11 for valid accounts as of December 10.

December 20th marks the 1st Anniversary of the official launch of Star Wars™: The Old Republic™! To thank our community for their continued support throughout this memorable first year, we’re happy to announce that all players with a valid Star Wars: The Old Republic account as of December 10th, 11:59PM CST will receive 25 complimentary stacks of faction-based fireworks! Fireworks will be delivered via in-game mail on December 11, 2012 to all qualifying players.

Wow! Hard to believe it’s only been a year. One year, four end game Ops, four warzones and tons of fun.