This image was in the mail today. Two-seater mounts were in the game during the beta (like the Taxi’s on certain planets). The korrealis series is an example of this (they just put a piece of metal over where the other seat was. Your companion would sit with you, but when they added guys like M1-4X they scrapped the whole idea as they didn’t fit. This is Likely not for your companion though, but having your character sit in the side pod and be “driven around” by the droid. 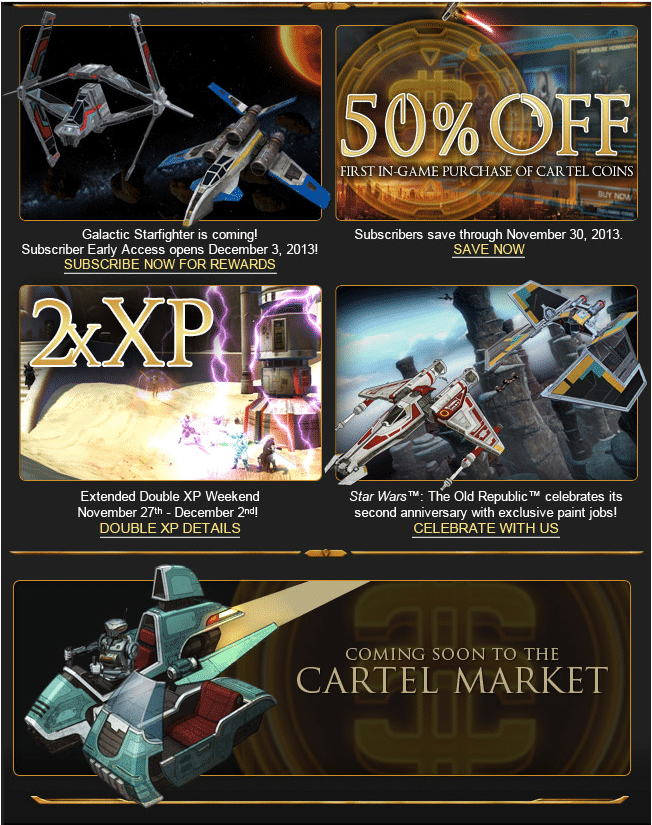