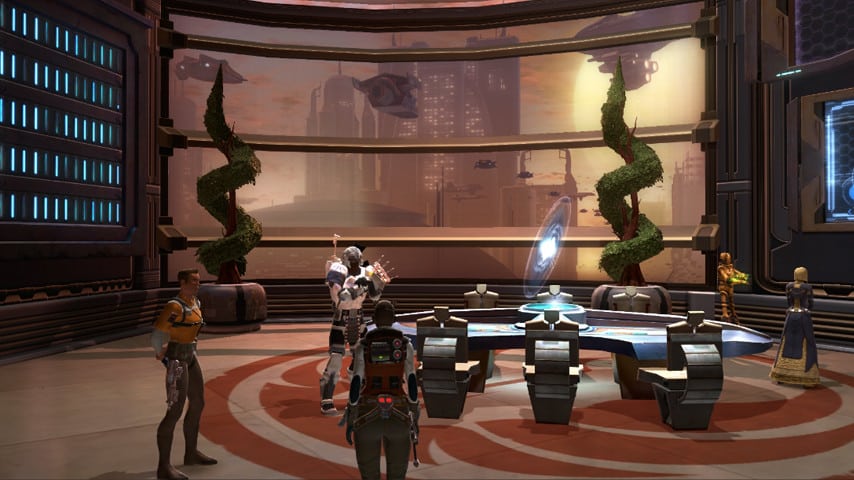 BioWare is starting a new show on Twitch beginning today, July 2nd called Galactic Living. From live tours of the various strongholds like the Nar Shaddaa Sky Palace to a behind-the-scenes look at the decoration items and tools, get an inside preview of all the ways you’ll be able to customize your own stronghold in the new Digital Expansion, Galactic Stronghold coming later this year.

WHERE:
www.twitch.tv/swtor
WHEN:
Wednesday, July 2nd @ 1:30PM PDT / 8:30PM GMT
WHAT:
First Look: Galactic Stronghold Decoration System
STAY TUNED FOR THE NEXT STREAM AND TOPIC AT:
www.twitch.tv/swtor OR www.swtor.com/twitch
Plus, don’t miss your opportunity to own your own Nar Shaddaa Sky Palace with three room unlocked by becoming a Subscriber by July 15th! Subscriber Early Access begins August 19th.