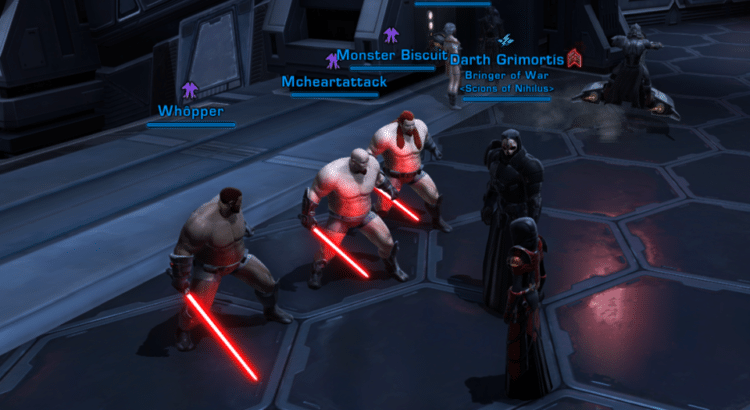 Those of you who have been around since the beginning know that this started as a blog about SWTOR, years before it even launched. We were so excited about the game that we couldn’t wait to start making posts and sharing all the information we could find with other fans.

Here is some insight by Jeff Nyman (game tester) on what happened to the game and where it stands now?

Here’s an article to give you some of that perspective:

a swtor context You may have seen this shared on the SWTOR forums from user Lhancelot with the summary below:

“Obviously there is a lot of sentiment around the game, it’s current development, and it’s possible future. I’ve found in a few of these conversations that people do appreciate a bit of context. Historical context is often the best of all. So that’s what the above is.

It’s not white knight content; it’s not so-called “hater” content. It simply is what it is: Providing some context, at least from one person’s point of view. If curious, I also have some posts on swtor regarding testing. None of this reveals any internal details of the current team nor any details of internal operations, both now and in the past.”

I fully agree that this post from Jeff Nyman is one of the most accurate, fair and thorough reports of the current state of the game, history and context for us to understand fully what is happening with SWTOR right now.

Some of the things he breaks down and provides context to in the post are, for example,

“At the peak of Bioware Austin SWTOR development, they had 200+ developers with about that many more working offsite, freelance, etc”

Except in reality, that 200+ staff list was not all dedicated to SWTOR. I visited the BioWare Austin facility and got to see an inside tour of where they work, the different teams and what they do.

He also goes into the layoffs (“team restructuring”), the timeline of when that happened, a New Hope and the dreams of a KOTOR 3, and ore on Sith and Jedi… and more.

It’s a long read but it’s so worth every word. If you love SWTOR, and even if you are feeling frustrated with its current state, I highly recommend you head over and read his post in full to gain a better understanding and history of the game from then to now. It will make so many things make more sense.

What will the future hold for SWTOR? Time will tell. But we already know that there are not as many Star Wars games as we’d like to see as fans, and many projects are getting canceled.

Are you ready for Onslaught?