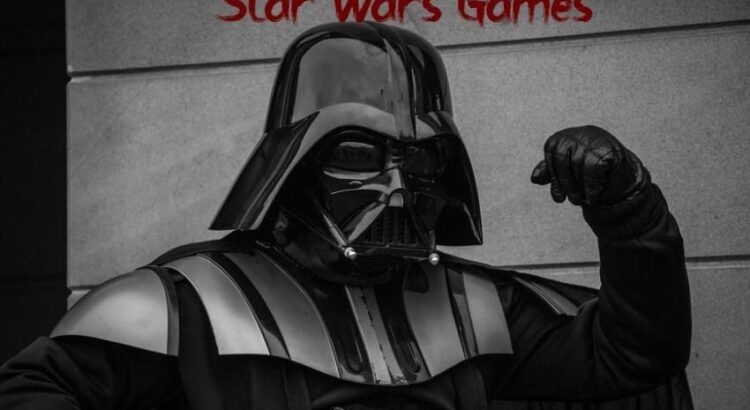 If you think for a second about the Star Wars franchise, you will agree that it has been at the entertainment forefront. The franchise has also brought forth major developments and creations. From it, movieshave been recreated, highly favored merchandise has been bought and sold, and new stories have been made,set in the Skywalker Saga.

Star Wars video games have been around for a long time. From the popularity they bear, they have let gamers go on a journey in a galaxy far away. There is a wide variety to choose from, free and paid. However, we have whittled down a list of the best and free ones you can play.

Imagine a card game but in the Star Wars universe. This is what this game is like. Star Wars: Assault Team combines role-playing and strategy. The players fight battles in turns by taking over combat with card battling elements. Parts of the game’s classic characters from the films are the Jedi Master himself, Luke Skywalker and the fearless Princess Leia. You will also find Boba Fett and other characters like Tusken Raiders.

As the player, you have the chance to create your own team to face your enemies. You can go as far as those controlled by artificial intelligence or you can create heroes that are controllable by other players. Whichever way, combat still remains the same.

Super Star Wars was the first installment of the Super Nintendo Entertainment System’s Star Wars series. It is an action-based video game that has excellent design and game features. Join the legendary Luke alongside Han and Chewbacca as they take part in the fierce war against the abominable Empire and the treacherous aliens.

Take charge of two high-speed vehicles and fight throughout your journey. The game allows for gun gameplay and side scrolling, alongside stages that have challenges such as piloting an X-wing and navigation with the land speeder.It also has excellent graphics and controls that make it a favorite among gamers to date. Today, reliable websites like Romspedia allow for Super Star Wars game download.

This is the Star Wars game you will greatly enjoy in multiplayer mode. The game tells the story of the Jedi and Sith who are at war for the Republic and Empire allies.From it, players can become part of a very huge story. One can side with the party of their choice during the game’s solid gameplay. The gamegrants you the chance to be a Star Wars hero and that is what makes it epic. It features excellent graphics that will have you thinking of the colorful cartoons from World of Warcraft.

This game is created following the story of The Force Awakens movie. This is the game that willeasily relieve you from the challenges of life. It offers a child-like fun play ideal for all ages. It features multi-builds, enhanced flight sections, and light blaster battles. It has functions for a vehicle, platform, and flying.

Vehicle characters can steer, drive, and shoot. Platform characters can jump, run, have object engagement, and also hit things. The flights are the best part as you can fly using different ships and do shoot outs from the sky. You build things to solve the game’s puzzles, to alter your gameplay, for fun, or to overcome problems.

With Star Wars: Empire at War, you will be playing a real-time strategy game. The game has its attention focused on the struggle between the Rebels and the Empire. It is time for a galactic civil war. You will be able to command or even corrupt a whole Star Wars galaxy. Through the game, you will be in charge of the Rebellion reins by assuming control of the Empire.You can also rule the Underworld Star Wars life.

This game places players alongside their favorite characters that took part in the Galactic War. One has to work with the correct strategy as they fight and also focus on succeeding, either with the Empire or the Rebellion. Being a combat strategy game, you must also come up with defenses and also create the units that go into battle. The planets packed with war have iconic and challenging bits that require calculated approaches for the many missions.

This game was well received and particularly, the Xbox and PlayStation 2 versions. It was an improved sequel from its predecessor. Battlefront II featured new vehicles, maps, better game mechanics and characters. The plot missions were also better and the game’s design was significantly narrative-based. It retold parts of the Star Wars story from Imperial Stormtrooper’s point of view as he reminisced about his journey of duty for the Galactic. Other extra game modes included hero assault and space battles that were based on the objective.

Those are our top picks of free Star Wars games that you can play.Just like there are many Star Wars movies, so are the game varieties. There is no excuse to not indulging your galaxy-conquering devotion.The games mentioned above stretch across different consoles from different generations, stories, and genres. Every Star Wars fan can attest that they are all uniquely captivating.