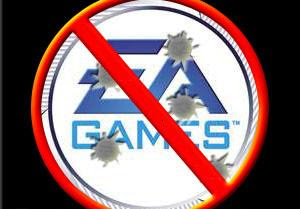 A soon to be former employee of EA Bioware/Mythic has written a very lengthy post on why he/she believes Warhammer Online has failed. I don’t really care much about the Warhammer stuff, as I left that game soon after it was released. But for us the most relevant bits are where the poster talks about Star Wars: The Old Republic. And, according to the poster, it isn’t pretty:

And Bioware? Don’t make me laugh. They’ve spent more money making the Old Republic than James Cameron spent on Avatar. Shit you not. More than $ 300 million! Can you believe that?

And you know what they’re most proud of? This is the kicker. They are most proud of the sound. No seriously. Something like a 20Gig installation, and most of it is voiceover work. That’s the best they have. The rest of the game is a joke. EA knows it and so does George Lucas,they’re panicking , and so most of Mythic has already been cannibalized to work in Austin on it because they can’t keep pushing back launch.

Old Republic will be one of the greatest failures in the history of MMOs from EA. Probably at the level of the Sims Online. We all know it too ……

There’s a lot to go through in the post. Mythic’s management, and details about how Marc Jacobs left the company (“I bet Rob is enjoying that sweet new Maserati he bought after leaving the knife in his partner of 15 years”), gets a big piece of the boot.
Is it true? Hard to say, but probably not. Right now it’s nothing more than an anonymous posting on the Internet. If people are let go from Bioware Mythic in November, it will gain a certain amount of credibility. But for now, take everything with a grain of salt – even if it does offer up an interesting read.
Mythic’s former Director of Community Sanya Weathers had quite a bit to say in response to EA Louse. This is quite a fun read were she points out that that wasn’t quite how things went. Again, that could just be the difference of perception and speculation.
But what are your thoughts? My bet? Troll.
Sounds too much like nerd-rage forum specu-ranting and there aren’t enough luminous little details to convince me that this person has any inside knowledge.
And regarding SWTOR nothing has really changed. The game could still be great, the game could still be terrible; we still won’t know until the game is released and we’re all playing it by the (potentially) millions. The only thing that has changed perhaps is that a few more people might be aware of the possibility that, despite all the marketing and hype around SWTOR, this game could actually be bad. But I could’ve told you that without such a blog post.