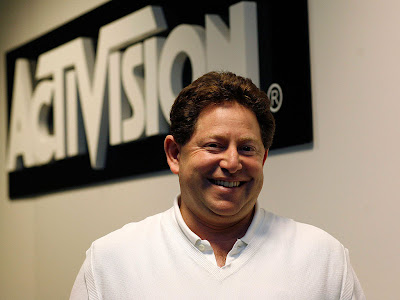 Due to the commitment that the fanbase of World of Warcraft shows Kotick isn’t overly worried about the kind of impact that Bioware’s Star Wars: The old republic will have on those playing WOW.

“””I can’t say that we’re hugely concerned about that… the audience for World of Warcraft is a pretty committed group of players.””

As of Blizzard’s latest numbers, WoW boasts over 12 million players. The release of the third expansion, Cataclysm, to the 6 year old MMO next week is expected to draw many old players back to resubscribe, as well as many new players who might want to finally see Azeroth for themselves. WoW may see a huge bump in subscription numbers, possible to 13 or even 14 million.

The track record for previous WoW-killers like Age of Conan and Warhammer Online would support Kotick’s faith in his flagship MMO property. Wow subscribers aren’t going anywhere, and certainly not to the The Old Republic.