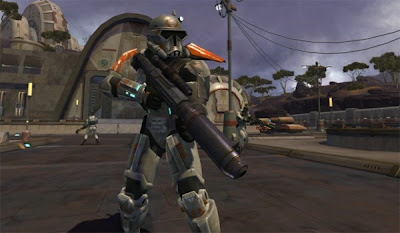 The guys over at RedRancor has put together an awesome Trooper gameplay compilation video. All material has been around in the Star Wars: The old republic community for a while but it’s always nice to watch some trooper action.

I finally have the Fourth installation of the Gameplay Compilation series completed.  This time, I’ve chosen to display the Trooper in action, with selected gameplay footage from all officially released video thus far in pre-beta.

So Without any further ado: