Gamespot recently posted a few new epic screenshot of Star Wars: The old republic. I really like the second one, were a Darth Vader kind of guy force chokes a foe.

The first one is also incredible and makes me think of Empire Strikes back – the part were Luke and Leia looks out the window and the Millenium Falcon sets off to look for Han.

Here’s their release with the images:

Given that the previous attempt at a Star Wars massively multiplayer online role-playing game didn’t pan out as expected, perhaps we should temper our excitement, but we can’t. With BioWare at the helm, and its proven track record with Knights of the Old Republic (among other excellent RPGs) in tow, we have high hopes. Still, it will be interesting to see if players will actively embrace character classes that don’t use a lightsaber or the Force.

So check them all out below. Click to enlarge: 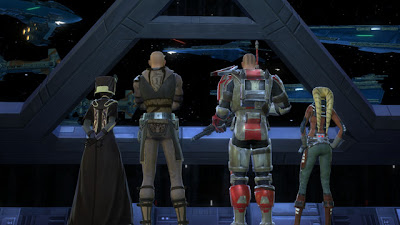 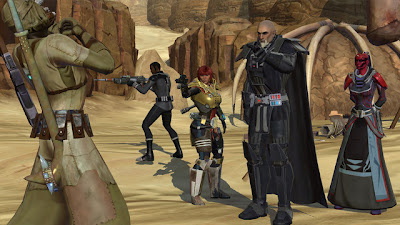 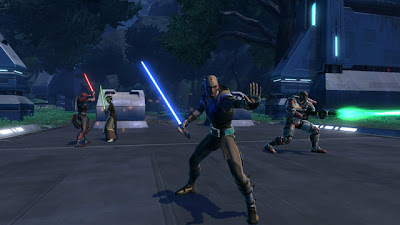