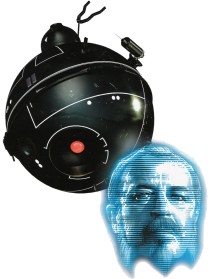 G0-T0 was a floating stealth-oriented expert droid whose primary function was to infiltrate, search, and destroy. His business originating from Nar Shaddaa, his success as an Exchange boss has helped establish his notoriety throughout the sector

G0-T0 is a character in Star Wars: Knights of the Old Republic II: The Sith Lords. He is voiced by Daran Norris.

The name “G0-T0” and the droid’s alter ego of “Goto” are presumably a reference to the infamous GOTO programming command, which, if misused, can unpredictably alter a program’s behavior. This led some fans to speculate that G0-T0’s dark side alignment within the game is a reference to the “GOTO is evil” belief expressed by proponents of structured programming.

G0-T0’s appearance in the game was noticeably similar to the IT-0 droid from Star Wars Episode IV: A New Hope but with the red bulb on the lower half. In The New Essential Guide to Droids, G0-T0 is depicted upside-down, bringing the droid’s look even closer to IT-0.

Biography
To oversee and aid in the planetary reconstruction of the planet Telos IV, the Galactic Republic spent a great deal of credits to design a technical droid to handle the immense data that was produced daily: climate changes, shield management reports, et cetera. This droid was known as G0-T0. Known to few, however, was that the droid also had a secondary duty: to aid in the reconstruction of the Republic, which was wounded from the aftermath of the Jedi Civil War. To accomplish this task, it had two directives:

Working for quite a long time to accomplish its duties on Telos, the droid found itself unable to follow both of the directives for rebuilding the Republic. Every logical option ended up breaking a law of the Republic. At that moment, the droid “broke.” Choosing to follow the first directive, the droid began to enact plans to save the Republic, regardless of their legality.

Eventually building a jet-black orb of a body, G0-T0 began to set up as a smuggling ring on the planet of Nar Shaddaa. Since few would believe a droid could run an elaborate smuggling operation, G0-T0 used a hologram emitter to create the identity of “Goto.” Instead of being the smuggling operator itself, G0-T0 would simply be Goto’s liaison. G0-T0 set up the hologram by studying the mannerisms of famous holovid actors. Taken together, the illusion was so effective that few, if any, knew of Goto’s true existence. 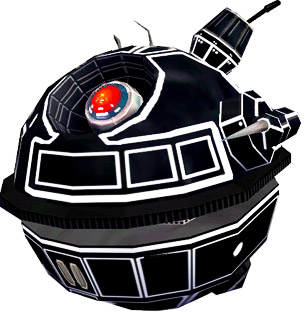 G0-T0’s actions, while illegal, did aid the Republic in rebuilding itself. Its smuggling ring caused the deaths of destabilizing persons or organizations, developed unofficial profits for entire sectors, and strengthened Republic worlds that would otherwise be poor and ignored. Believing also that the major source of the Republic’s problems revolved around the Jedi/Sith conflict, it also enacted bounties for live Jedi and Sith. Many bounty hunters, who misinterpreted the bounty, simply killed Jedi and Sith instead of capturing them. The bounty hunters did not realize that they were worth nothing to G0-T0 dead. It was searching for a live Jedi or Sith to aid him in preserving the Republic.

The Jedi Exile was captured under the Jedi Bounty. Goto spoke with the Exile briefly on his yacht’s bridge, requesting her help in the preservation of the Republic. They were interrupted by the ship’s alarm, which had been set off by the Exile’s companions. After rescuing the Exile from the bridge, they uncloaked Goto’s private ship, allowing it to be destroyed by the many enemies of Goto, who were unable to locate the mysterious ship before. G0-T0 presented himself to the Exile on the Ebon Hawk, but as Goto’s “gift”—not Goto himself. He requested the Exile’s aid in stabilizing the planets Telos, Dantooine, and Onderon. G0-T0 found himself increasingly annoyed by another spheroid droid aboard the Hawk: Bao-Dur’s tiny remote droid. 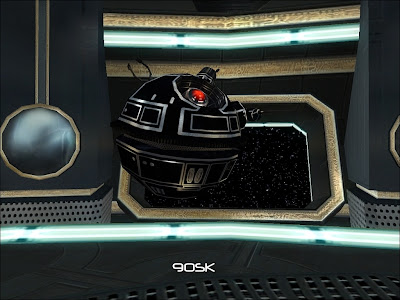 This annoyance came to a head on the planet of Malachor V. G0-T0 guessed that Bao-Dur’s remote was intended to recharge the Mass Shadow Generator on the planet, destroying it entirely. The smuggling robot felt that the planet contained too many priceless artifacts to destroy, and attempted to stop the Remote from activating the weapon. However, HK-47 and his new allies, HK-50 droids, foiled G0-T0’s plans and destroyed him. When the Jedi Exile gave Bao-Dur’s remote the signal to activate the Mass Shadow Generator, the Exile escaped with her companions on the Ebon Hawk while Malachor V was obliterated.