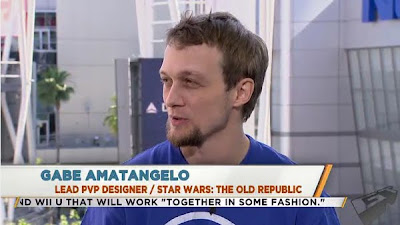 Gametrailers did an interview with BioWares Gabe Amatangelo during there live stream from E3.The interview is really interesting as it covers the newly announced Raids and endgame content we can hope to see in Star Wars: The Old Republic. The video Also includes the trailer for the Eternity Vault—initially only being shown to the press which is the first announced raid, referred to as an operation in SWTOR. Check it out below:

Update: Here is the Operations trailer alone, if you don’t want to watch the interview: