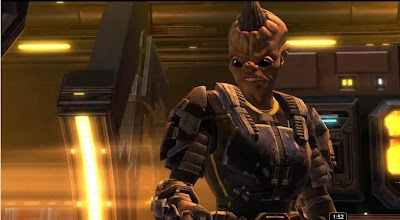 Yesterday BioWare updated us with yet another of there always anticipated Friday updates. This time the guys shed some insight to the new flashpoint  “The Hammer”.  The Hammer, is a powerful battelstation that was thought destroyed but is now occupied by the less than friendly Advozsec.

The Hammer, a powerful prototype battle station developed by the Republic, was believed to have been destroyed during the war. However, this terrible weapon has re-emerged in the hands of the Advozsec, who are using it to conquer unaligned worlds in the Outer Rim. Setting out to stop the Advozsec’s campaign, an Imperial strike team assaults the Hammer and battles to take control.