I never thought I would hear an autotuned wookie…I was wrong. This was awesome.

All the SWTOR hype got me wanting to replay KOTOR. And replaying KOTOR got me wanting to remix KOTOR. The instrumental music was all done by me with Logic Pro. Game footage was recorded with Fraps. The video editing was done with Sony Vegas. I usually use Final Cut but I was too lazy to convert the fraps video files to mp4 and move them to the OSX partition of my computer. Maybe someday I’ll be a Machinima director. That would be awesome. But I hope you peeps like this video. 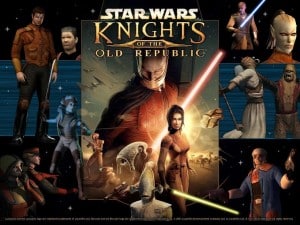