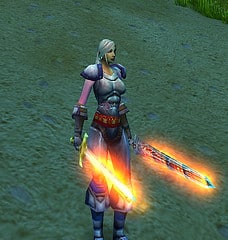 According to learning guru John Seely Brown, expert World of Warcraft players make better job candidates than an MBA from Harvard. While that may sound a little bizarre, you can listen to his explanation on a youtube video below.

While some employers still hang onto the old notion that job applicants who play video games are not the best candidates, perhaps because they believe they’ll spend their days playing online and are easily distracted, smart companies realize the value of the leadership skills as well as organization skills that are learned by WoW players, making them the better candidate for the job.YouTube video here.

Seely Brown is just one among many who have come to the same conclusion, and he is certainly not a slacker by any means. He is currently an independent co-chair of the Deloitte Center for Edge Innovation and has degrees in physics and mathematics from Brown University in addition to a PhD from the University of Michigan in computer and communication sciences.

Of course, Wow players and other online game players will have to remember to limit themselves in their playing time and not become addicted, lest they become less desirable employees. Still, there is no doubt that expert players can bring of wealth of skills to most any corporation, bringing new ideas that could certainly change the workscape of the 21st century.

What do you think? Can games like WoW and SWTOR make people better at their jobs?