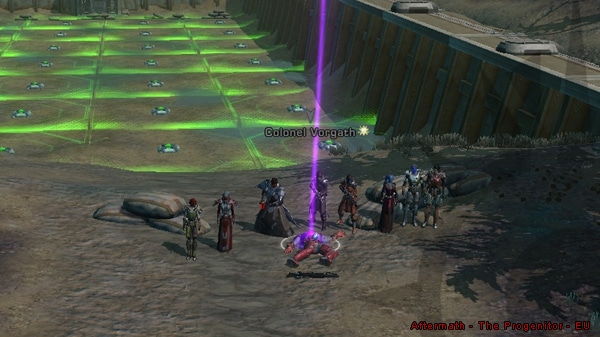 We came across a really cool SWTOR commercial for the free to play feature coming this fall. I’m not sure yet that it is an official SWTOR video but it looks like it could be. It’s short and plays on the “choose a side” battle between Empire and Republic which is what the storyline for the game is based around.

This 32-second spot looks like it would fit perfectly in a television commercial slot and that it was designed so that the voice dubbing could be done in any language over the same video. Check it out and let us know what you think.

EA and BioWare announced they will be expanding Star Wars: The Old Republic by adding a new free-to-play option this fall. And for everyone who plays between now and then or who was previously subscribed, there will be benefits by way of Cartel Coins.

Players who choose to engage in free-to-play will be able to experience a majority of the game for free, including the first 50 levels and all eight classes. BioWare did state that there will be restrictions, but those can be removed with microtransactions.