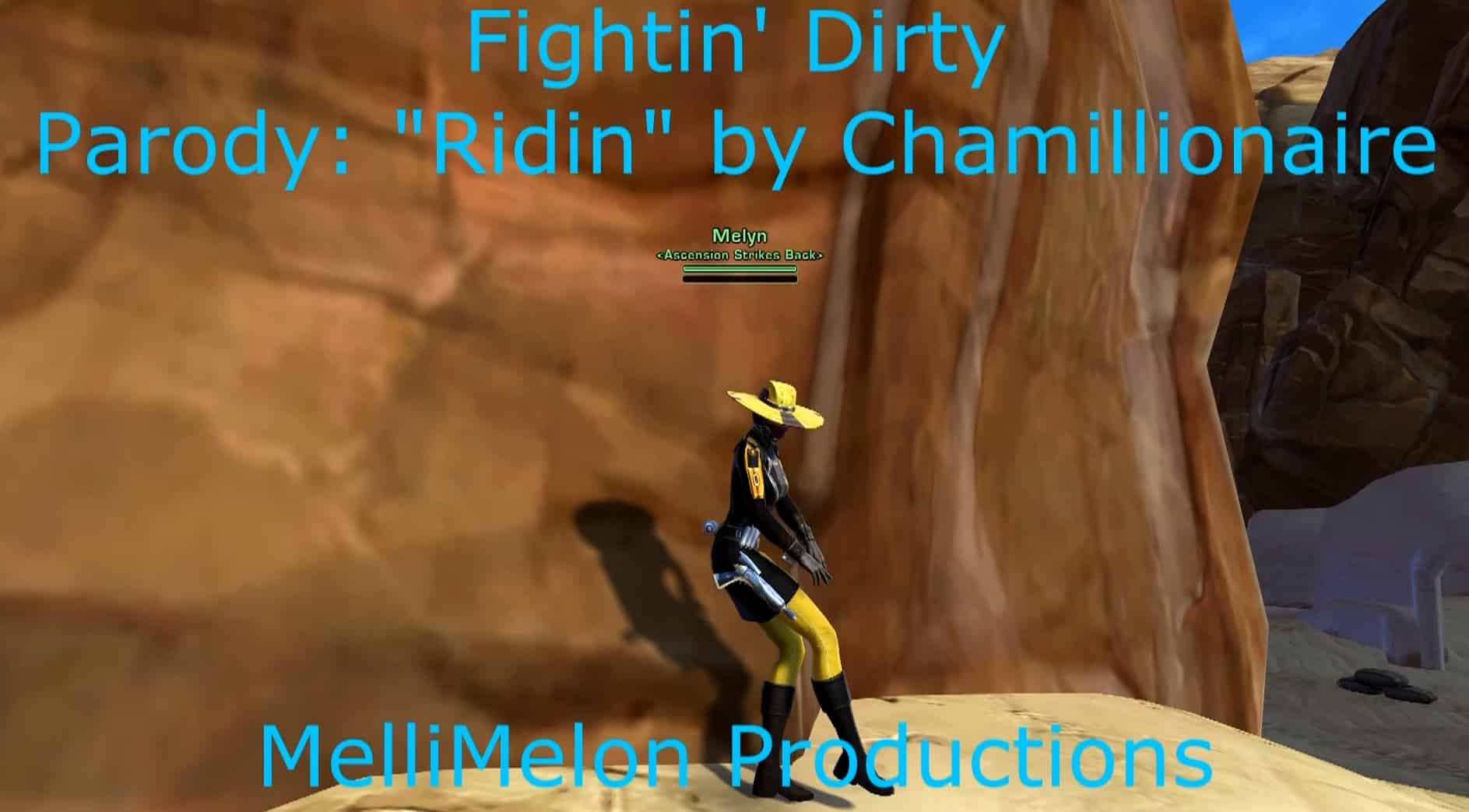 Jason Barnett is live with a new Star wars the old republic parody. This parody of “Ridin” by Chamillionaire addresses his  thoughts on both the scoundrel roll and people’s opinions about it, ranging from overpowered, to being the utility that scoundrels have always needed. Some of the lyrics go by very fast, so he have them in the video. You can check them out below the video here also. If you haven’t seen any of his old videos, I encourage you to to check out these two we posted in the past:

Tooltip says that I roll on screen (but)
12 meter roll ain’t easy to see
When they see me roll by like a machine
And they whine on the forums I preen
One of the biggest problems that people have with the roll is the fact that on lower-end computers, it looks like a teleport. The roll is extremely fast, then you almost stop at the end (not one smooth movement).

Play with a new trick, they like “hold up””
Powertech disabused high roller
get kited, can’t pwn all over
Don’t realize they are a puller.
Many people complain that scoundrels can endlessly kite them. The point of this stanza is to comment on how people complain about it without realizing the ways to counter it (6 meters when slowed which is not far, pullers can just pull them back, leapers can save leaps for after they waste energy, etc…)

Pre 2.0, I can’t DPS in warzones
Just tryin to play ain’t tryin to break the game
Some utility is all I claim
Laws of OP-trolling you know they hate me
Most scoundrels are ecstatic to finally have utility/mobility/ability in 2.0. It was very hard to be competitive pre-2.0 as a DPS scoundrel, but because of how people cry “OP!”, there are still haters.
Speed is turned all the way up until the maximum
I can cap before imps they say I hack for some
But I’m packin’ no moves after that and um
flurry of bolts hopin’ help will come and (…)
It’s quite easy as a scoundrel to spam scamper and get to a node extremely fast. Unfortunately, you are then out of energy!

Save my node, I LoS
Huttball next and I grab the ball
I’m so slow I roll at a crawl
But I roll up from behind and grab from mid’s brawl
The roll is not very viable when slowed, but it IS a major increase in scoundrel utility for huttball.

The door is down, not forgone conclusion
CDs change nothing I can roll off crusin?
Blame the use of skills when they pout and losing
They cry nerfs, every class but mercs, who aren’t improving
Prior to scamper, when the enemy was capping in a voidstar, there is no way to get the interrupt from respawn. However, now, you can shoot out of the spawn and get a very quick interrupt (as quick as you are able to target). A lot of people crying against the skill can be perceived as only complaining when they get beaten. Oddly enough, I haven’t heard many negative things about scamper from merc/mandos, who have arguably been the most…challenging to play class since 1.2.