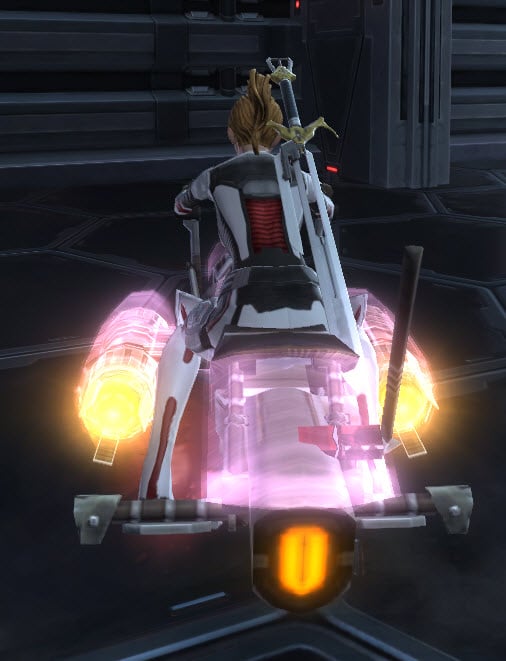 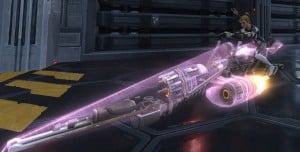 Here are two of the great new pieces available in SWTOR. First is the Aratech Rose speeder which I personally think looks pretty awesome. Second is the Cathar Warstaff which extends when drawn in combat and looks pretty freaking awesome. Both are available in the Cartel market for 1500CC and 400CC respectively.

I really like this one. Personally, I’m also a fan of pink but many are saying it’s more of a dull pink and that it’s really just a Blur/lux reskin. Looking from Dulfy’s pics and video, I think they are right. For 1500 CC it would have been nice to get a little more than the same speeder in a different color. But I’d still probably get it, seeing as how there aren’t many alternatives. 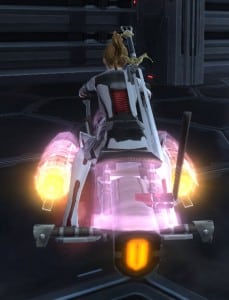 Video showing off the Aratech Rose speeder from the cartel market.

Then we have the Cathar Warstaff which is pretty awesome looking, especially since the blade extends when it is drawn in combat. Be sure to check out the video to see it in action. The color changes based on the crystal that is put in it and Dulfy has it here with a black-red crystal which looks pretty neat. It’s pretty affordable at 400 CC on the Cartel Market so there’s a good chance we will be seeing a lot of these running around. 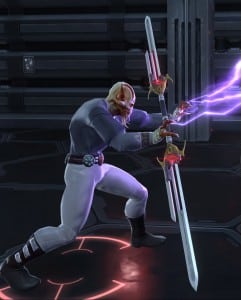 Video showing off the Cathar Warstaff, a new electrostaff introduced to the Cartel Market

So what do you think about these new items? Would you buy them?