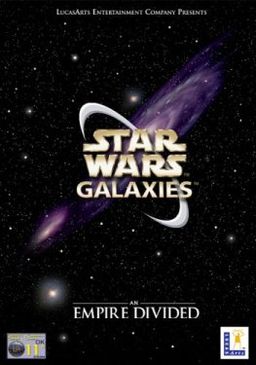 It’s hard to believe it’s been that long but the 10 year anniversary of Star Wars Galaxies just passed. Are you feeling old yet, because I am!

If you’re reminiscing about the good times you had then join the club because Massively was doing the same thing and they were kind enough to share it with us.

Has it really been 10 years? Yep, Star Wars Galaxies did indeed launch on June 26th, 2003. And yep, this is indeed an anniversary post for an MMORPG that closed down in December of 2011.

Why the reminiscing about a game that we can’t — ahem — play any longer? Simply put, SWG deserves it. If you’re reading this article, you already know why it deserves it, so we’ll skip the sandbox proselytizing and get right to the part where Massively’s Starsider veterans raise a glass and share a few of their favorite launch-era memories.

You can read it for yourself and see the members of Massively each sharing some of their greatest memories of SWG.

So if you played SWG, will you join us in reminiscing? Do you remember when you first signed up to play? What was the most fun you ever had? What is your greatest memory?

What do you miss the most about SWG? We want to hear you shout out in the comments if you also played Star Wars Galaxies.