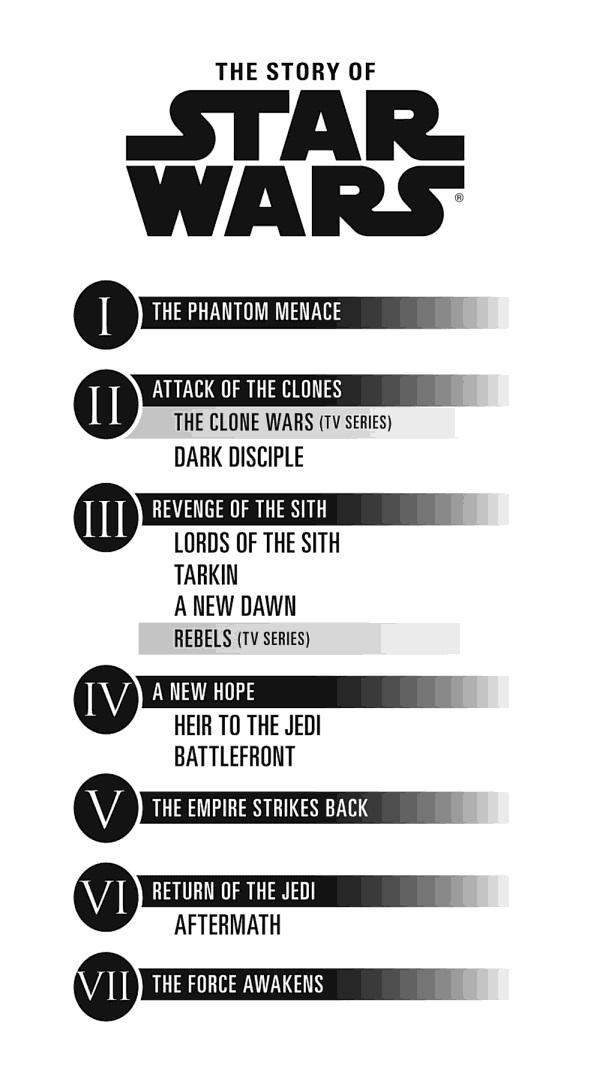 The new paperback version of A New Dawn is on the verge of publication and it features a official timeline. This timeline gives you information about different types of media surrounding the Star Wars saga. There is an interesting note in this that shows a new novel is in development in addition to Aftermath and Dark Disciple.

Many will think that the Battlefront title is only referring to the upcoming video game, you should know that television shows are only listed as television shows and movies are listed separately. Based on these terms, a conclusion has been drawn that a video game should be listed under its own separate banner as well, but this is not labeled as such. There is no definite answer yet, but we think a new novel is sure to come. 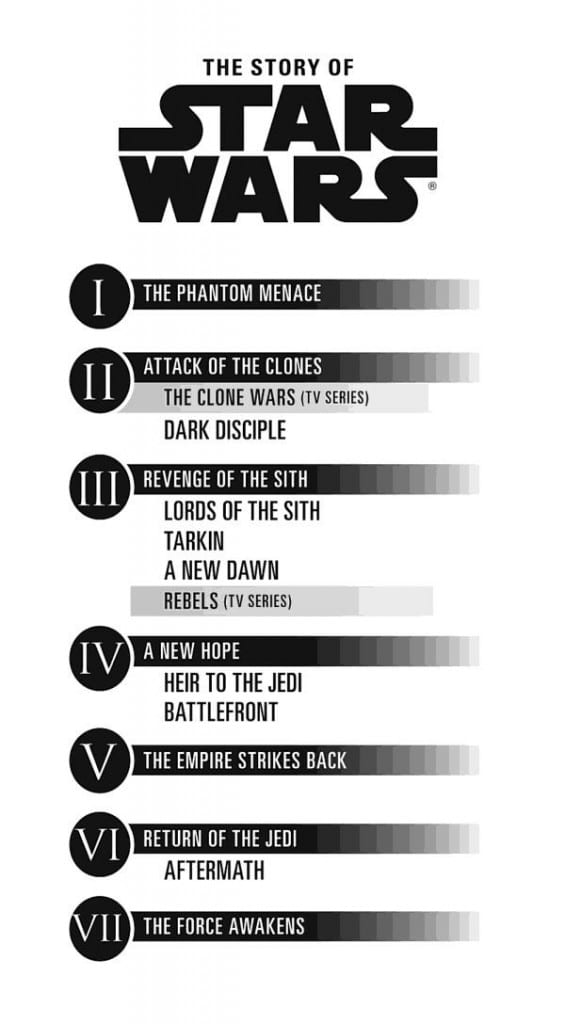