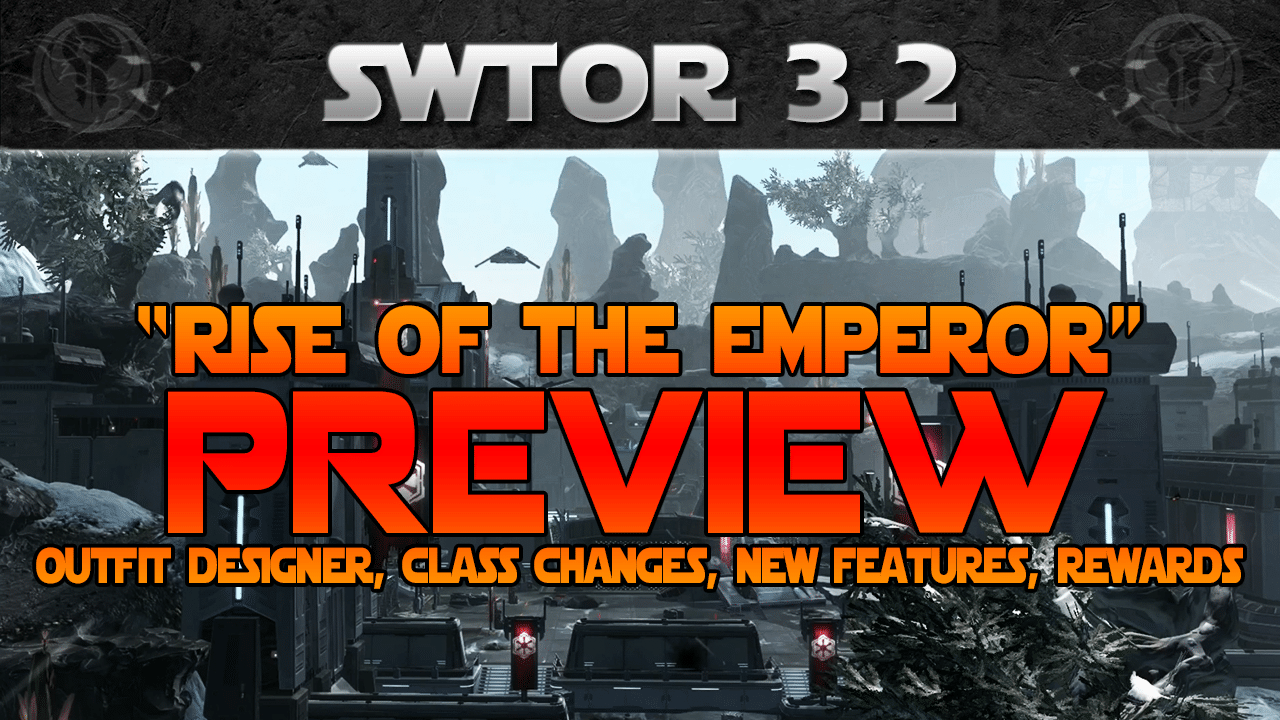 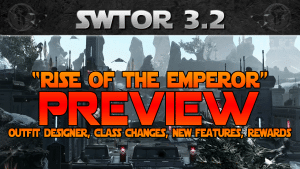 The Developer Stream on Twitch has just ended and Vulkk has narrowed down and sifted out the more important information about the upcoming Game Update 3.2. It bears the epic name “Rise of the Emperor” and will include a new planet (Ziost), a new In-Game tool (Outfit Designer), new quality of life improvements, class changes and more great Bioware story.

In the video you will find new screenshots, more detailed information about the Outfit Designer, the rewards for players in the next few months, Biowars’s plans for future Dev Streams, Cantina Tour Events, what SWTOR is planing for Star Wars Celebration and let’s not forget that PTS is live and Update 3.2 is available for testing!