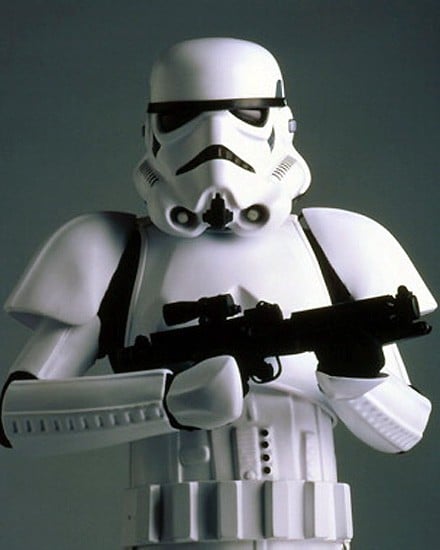 Now that the actors playing most of the main characters in The Force Awakens have been revealed, we’re starting to get a little more information on the more minor players that we’ll get to see this Christmas.

Don’t want to know who might be showing up in The Force Awakens? Read no further! 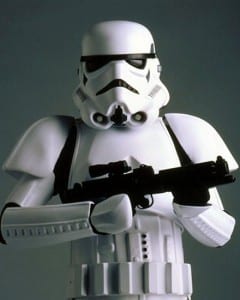 Last year, there were rumors that Daniel Craig would show up somewhere in the movie, and The Daily Mail has quoted Simon Pegg as saying that Craig will play a stormtrooper.

They also quote “an insider” who stated that “Fans will love trying to work out which covered up character is him”—though a cameo in a mask isn’t much of a cameo.

Whether he’ll be a stormtrooper of any consequence or if we’ll see his face for a moment wasn’t discussed, but the fact that James Bond will be wearing the white armor is pretty cool!

Although Pegg followed up his admission with “I shouldn’t have said that,” it’s hard to imagine that this was an accidental slip after all of the emphasis on secrecy around the set.

Now we’ll just have to see if the rumors are true that Billy Dee Williams (Lando) and Yoda will be making cameo appearances, as well.