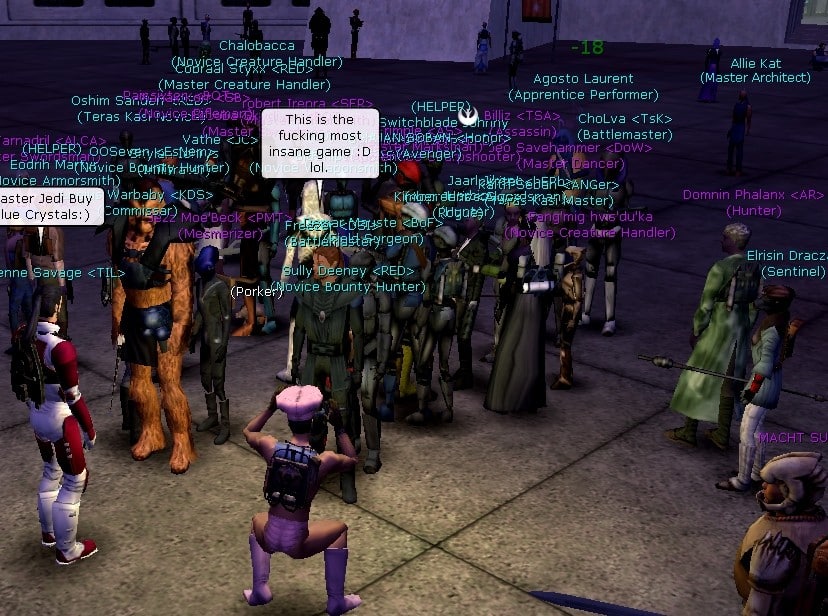 We have talked at length here before about Star Wars Galaxies. A good number of our readers were Star Wars: Galaxies fans for sure. So if you have yet to read Raph Koster’s write-ups on SWG, you are missing out. His final post in the series is Did Star Wars Galaxies Fail? and brings up some good points about the game, the community and what has become of it now.

So, was it a failure?

Well yes, of course. And also, no. It depends how you ask the question. There are a lot of assumptions out there about how the game did, particularly in its original form. So, let’s start by tackling some of those:

Galaxies actually had the best one-month conversion of any game at SOE, by a double-digit percentage. More new players decided to stick it out past one month. Given the one-month period, you can’t attribute that just to the Star Wars license. (In addition, the newbie experience was redone many times, including four times just in the first two years; none of these changed the conversion at all).

Go ahead and read the full post for yourself if you want to know more of what he thinks about SWG and let us know what you think.