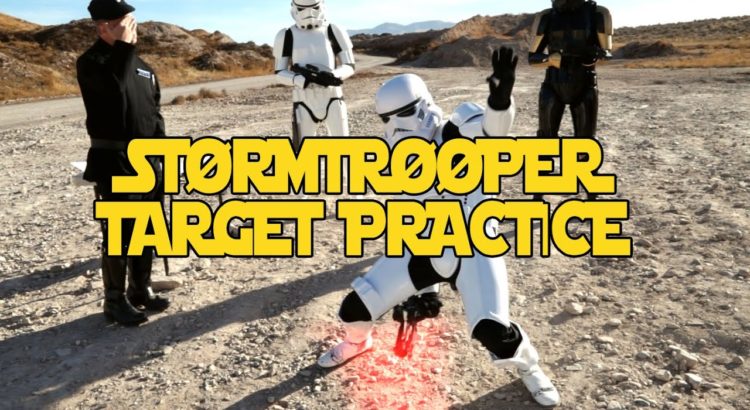 It’s fan film time again! You know how I love those. This one from Millquas Movies is so worth the watch. It’s a great concept, acted and shot well, and it’s truly comedy gold. It’s not new, but even if you saw it years ago, it’s worth watching it again.

The first annual Storm Trooper Target Practice. Fan film made for the Star Wars fan film awards, 2015. Check it out:

“You’re kind of tall to be a stormtrooper…” “Sorry sir, it won’t happen again.”

Hilarious one-liners everywhere. This would be an amazing series. I’d tune in every week to see what shenanigans the Stormtroopers were getting into next. Seriously.

What do you think? I thought it was a fun little short (under 8 mins) and now it has me daydreaming of my ROTC days if we were all Stormtroopers… haha