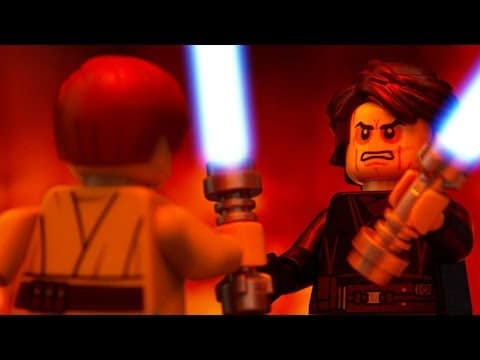 If ever there were a movie franchise to get the video game treatment, it was Star Wars. The first film in the saga revolutionised the sci-fi genre when it came out and also defied audiences’ expectations in the process. It was fitting that video games would eventually be released that gave players control of some of these beloved characters they had seen on the screen for so many years and allowed players to experiment with some of their powers. To kids growing up at the time, this was one of the coolest things ever as they could essentially be a Jedi or a Sith, depending on what games were played.

While Star Wars games used to be massive in the 2000s, they have recently seen a resurgence in the last decade, most likely due to the ‘rebirth’ the universe is experiencing right now. Those who are fans of the franchise will know that Star Wars was sold by Lucasfilm to Disney, who has since given it the proper Marvel treatment and have commissioned many shows and films to be developed for the IP. This has meant that the video game industry has once again taken an interest in the franchise too, which is always good news, assuming said games turns out to be good. Those who grew up during the 2000s where Star Wars games were being churned out will also appreciate this new direction to make Star Wars games as they might find the current state of the industry nostalgic.

While countless games give players the freedom to make choices, offer them some amazing gameplay and more, none of the ones currently released give players that same inner child feeling of delight that some old Star Wars games can do. Some people enjoy going online to gamble at sites like https://casinoohneanmeldung.casino/, but others will get more excitement from being able to use incredible force abilities to eliminate enemies, or even playing as a clone to win a battle.

Star Wars Episode III: Revenge of the Sith – This was a game that was not really an IP considering that it essentially details the events of the film of the same name. Many will remember the 2000s are also famous for producing ‘movie games’ and this was one of the many that were released at the time. This does not stop the game from being amazing to play as it actually has somewhat of an in-depth combat system. The lightsaber combat in this game holds up to this day.

Star Wars: Battlefront – Many new gamers might think of DICE’s iteration of this series as this is the most recent, but veteran gamers will know how good the original game was, not to mention Battlefront 2.

Lego Star Wars – It might surprise some to learn that a Lego game can make its way onto this list, but there is no doubt that the Star Wars Lego game is perhaps the greatest made still to this day.

These were some of the greatest Star Wars games that players use to enjoy, but those who go back and try them will find that they still have fun even now.