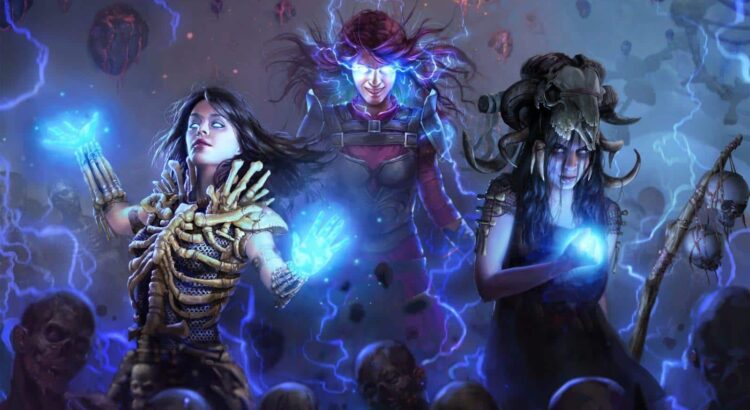 PoE has so much more to offer than other games in the niche. 19 Ascendancy classes, for example, are one of the elements of the game that increase the interest of players toward PoE.

Most of the ARPG games offer seven classes, which is more than enough for the player. However, PoE did even better job and provided nineteen classes to keep the enthusiasm going.

Here we will not discuss all the nineteen classes, but the best ones. Let’s follow along.

Champion can be your choice of ascendancy if you are more into melee builds. It invites a lot of quality in the game and to your avatar’s life. Using it, you can taunt enemies, and you quickly add bonuses to your banner skills. Also, when you want to be more flexible with the usage of gears, hit Champion as your choice.

To make themselves even more robust, players often buy PoE currency which lets them have various Orbs. These Orbs can then modify the gears, pick the unique mounts, and trade different gears.

When you want power in poison build, Assassin is perfect for the job. However, players prefer the class for Softcore builds; its poison is so effective at the target that you might experience a lag while the system calculates the number of poison on it.

The class supports offense and makes critical strikes. Playing Assassin, you have a bright chance to gain power charges. Additionally, by using the Mistwalker, you can also use this class to gain an elusive buff.

Slayer is the bloodsucker that makes hard damage on each attack. The class offers bonuses that any player would love to experience. When you want to have an incredible melee build, pick up a Slayer.

The class bestows you Endurance Charges and is excellent at defense while sucking the blood out of the enemy. Players needing a Berserker without compromising their defensive capabilities choose Slayer.

Inquisitor plays well for spell casting and attacks. The class has been updated for good and hence comes a lot of improvement. This makes it one of the powerful classes of PoE if the player handles it well.

Players have a great cast speed of almost 75%; they gain significant damage, especially when the player has attacked four times recently. It makes every attack more dangerous in the Pious Path, which also derives huge bonuses.

Whether you want to do the damage or play in defense, an Occultist does it all. Its ability can be significantly experienced Chaos, and Cold DoT-like builds. If you are on a budget and want to do more damage, refer to Cold DoT. It will take less from your side while still making extensive defects.

Also, when you have plenty of time in hand and want to target less-beefy enemies, prefer Chaos. The advantage also lies in the transitioning capability of the Occultist since it is near most Energy Shield nodes.

Elementalists, as the name implies, do elemental damages. Using their Mastermind of Discord, they make the exposure even more powerful. Using the class, players receive significant offensive bonuses as well.

While using an Elementalist, players can perform any damage such as Fire, Cold, Lightning, or a blend of all these. A Cool class to try, which offers a crazy amount of boost to the survival of these powers.

Hence you can send chills to the enemies and even the bosses. You can shock them ignite them while making your builds.

Additionally, you can access PoE fast leveling that allows your profile to level up to any level you want. The expert players play on your behalf, complete the quests, collect all the items, and do the usual tasks so you can focus on more interesting combats and stuff.

These were some of the classes that feel pretty cool to pick up. However, it is your personal preference which class you choose; every ascendancy has its own benefit and purpose, and you will learn it with time.