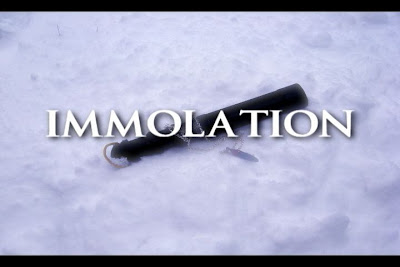 Set during the Great Jedi Civil War, a Sith apprentice is on the run from the Brotherhood, after failing his most important test. A young Jedi Sentinel is drawn by the Force to seek out the failed Sith apprentice, and tracks him to the snowy world Ziost. Can he reach the him before he is destoyed by the Sith trackers?

This film takes place during the ero of Knights of the Old Republic...

During the apex of Sith power during the great Jedi Civil War, just before infighting tore the Sith Order apart, a young recruit was apprenticed to lead a life with the Brotherhood that he had not fully embraced. Failing his last and most important trial, the Brotherhood deemed him unfit to be Sith and hunted him to a snowy training world inside Sith Space to exterminate him; to make him an example of those who fail.

An overachieving young Jedi Sentinel, 3 years beyond his apprenticeship sees through the Living Force that not all is what it seems with this apprentice. As a Sentinel continually seeks the truth, so does this young Knight, at the protest of the Council. Yet his impeccable service record allows him enough leeway to pursue the truth of this hunt.

Through the Force and his own reconnaissance skills, he finds the fleeing apprentice on this cold, snowy world. Though encountering resistance, he ultimately uncovers a revelation that compels him to track and intercept the apprentice before he himself is intercepted by the Sith Platoon that hunts their prey. The apprentice must meet his judgment and decide to accept his death or fight amongst his brothers.