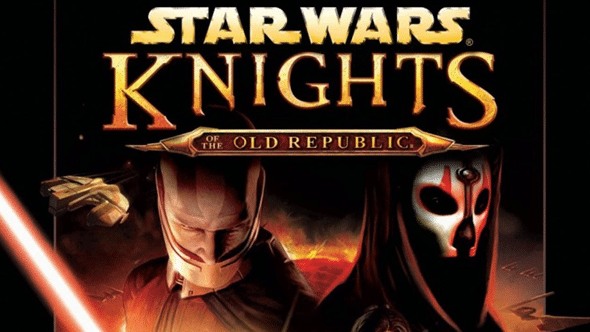 There are few Star Wars games that fans across the board love as much as Knights of the Old Republic. KOTOR is also one of the most requested remakes from fans. In short, we loved KOTOR and we want to see more of it.

The latest rumor mill on the Star Wars scene says that might even be possible for us. A new project is underway at EA and it looks to, “integrate elements from the first two games in order to bring certain things into the current Star Wars canon.”

Cinelinx reports two sources that claim to have knowledge of the rumored return of this beloved franchise. The first source says a remake of the 2003 classic is in development, while the second expands and says it “wasn’t so much a remake, but a ‘sequel’ of sorts.”

The new project says it will take elements from the first KOTOR and also from KOTOR II: The Sith Lords and retool them to make them fit with the current Star Wars canon.

But this isn’t the only source of the rumor. The facts show that this would fall in line with Lucasfilm’s president Kathleen Kennedy saying that Lucasfilm is developing “something” Knights of the Old Republic-related.

We’ve also seen rumors of a KOTOR film, which wouldn’t be bad at all, if you ask me. Maybe the game AND the fi;m will both turn out to be true, as they could play off of one another and continue the Star Wars canon.

While fans wanted a KOTOR 3 that was sadly canceled, this could be a good compromise and a way to carry on both the story and the legend that is KOTOR, now and for future generations.

As for the current canon, Star Wars: The Rise of Skywalker did make Darth Revan canon as one of Emperor Palpatine’s Sith Trooper legions was named “The 3rd: Revan Legion.”

How would you feel about a new KOTOR game?