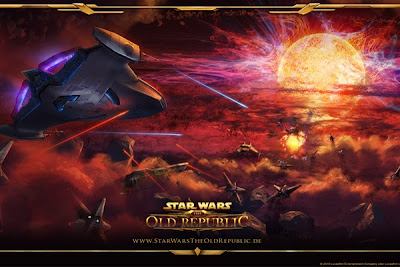 With the X70B-Phantom-Prototype, bioware revealed one of the modern spacecrafts from SW TOR last friday. The Ship that you can control when you choose to become an imperial Agent is equipped with a smooth, radarabsorbing cover and a modern navigationdevice.

In Addition to last week’s official video about the Phantom, there is a new Wallpaper from the X700B Phantom on the official website. There can also be found some older but not less interesting wallpapers that show the jedi’s ” Defender” and the Sith’s ” Furry ” Among the Pictures that show the outer layer of the ship , there are also Pictures that give you an impression of the interior.