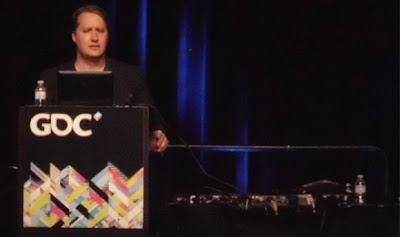 Jef Reahard from Massively have made a very detailed writeup of Damion Schubert‘s recent talk at GDC 2011, entitled “The Loner: Why Some People Play MMOs Alone:”

One of the seeming paradoxes of MMO design is that there is a large contingent of players who would prefer to play these games alone. Gamers who want to play this way are often derided by other players and sometimes even designers for their playstyle, but it isn’t as odd or exotic as it seems. This talk discusses the rationale for this playstyle, the necessity to cater to this playstyle from a business point of view, and the design intricacies of providing solo play without invalidating the ‘massive’ parts of your game design.

Jef Reahard has made a great rundown of Damion Schubert’s points in his speach, and extracts some interesting quotes from the talk as well:

Schubert states that MMOs feature “hardcore stuff. This is hardcore gameplay, and we have to figure out how to get the solo player in a position where they want to take part in this, where they feel comfortable with the social circles, where they feel like they can be contributors.”

Be sure to jump over to Massively to check out the entire article.