We told you about the ex-BioWare devs leaving the company to start their own Indie game design company and begin building The Banner Saga. So how has that been working out for them? Well, probably a lot better than many would have imagined. The team is doing great and used Kickstarter to gain funds for their project and it paid off in a big way.

“Stoic Studio, the Austin-based developer recently formed by veterans from BioWare, has already reached its $100,000 funding goal for its turn-based strategy RPG The Banner Saga.

The indie developer managed to reach its goal on donation platform Kickstarter just two days after launching the campaign, and after receiving pledges from almost 4,000 people. It still has 30 days to raise more money to fund the PC game, which is scheduled to release later this year.”

Gamasutra also tells us about some other games that hit it big by using fans to help build their resources.

“The Banner Saga follows a couple of other video games that have recently reached their big funding goals thanks to fans — Double Fine far exceeded its initial $400,000 target and raised $3.3 million for a new adventure title.

And InXile CEO and Interplay founder Brian Fargo recently opened a Kickstarter campaign to create a sequel to 1988 RPG Wasteland. He hit his $900,000 goal in two days too, and has so far raised nearly $1.5 million with 29 more days to bring in additional pledges.”

As gamers, we know how important it is to have games that are important to us. Some take such a vested interest in the games they play and enjoy that they are more than willing to help get such projects off the ground. It’s really just another way that we can support the community and all work together to continue to build excellent gaming experiences. 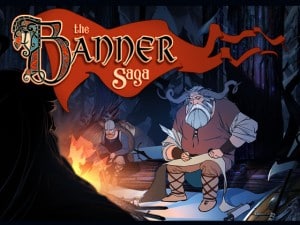